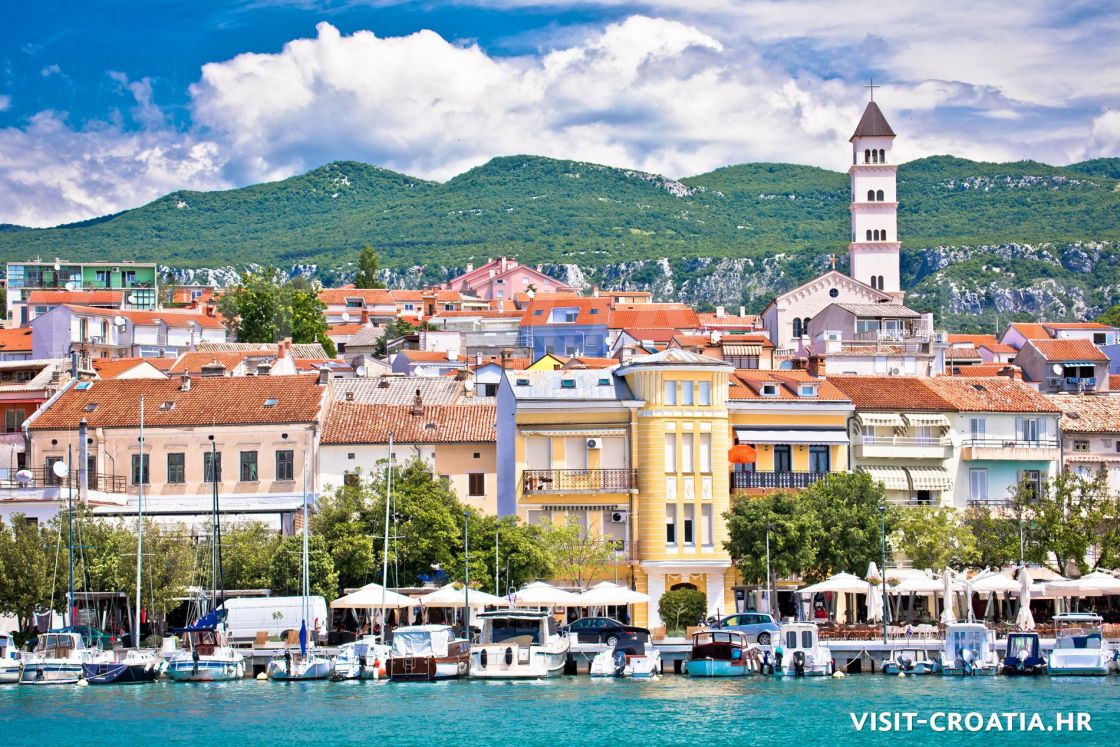 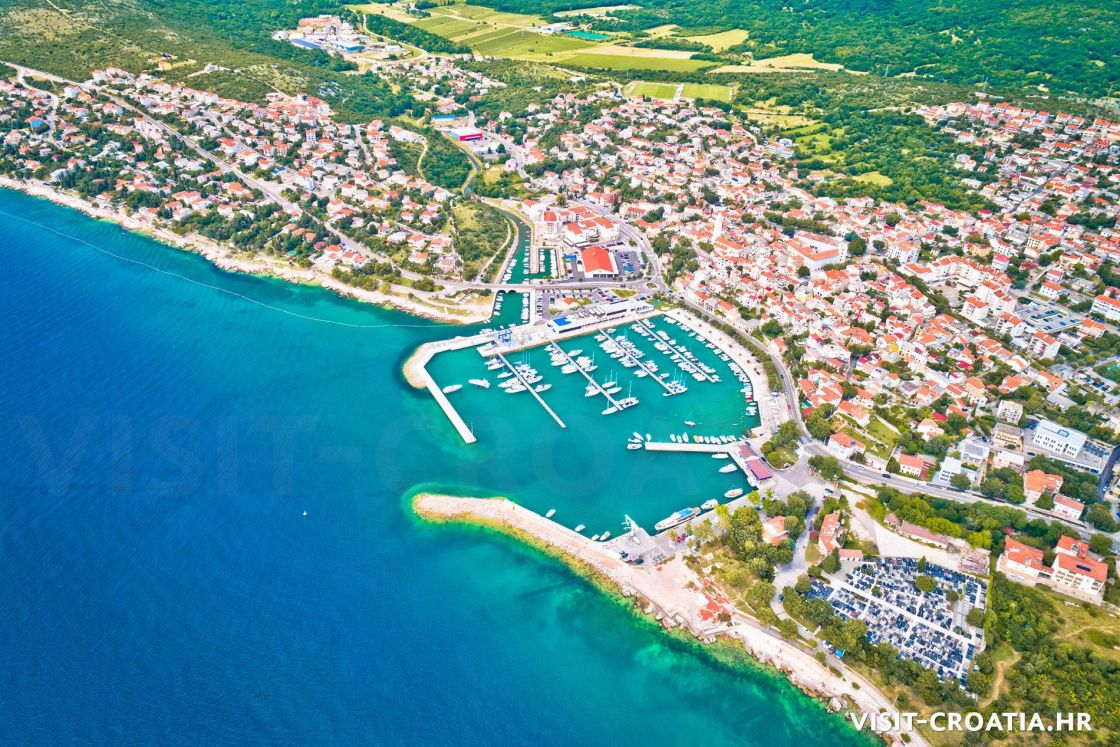 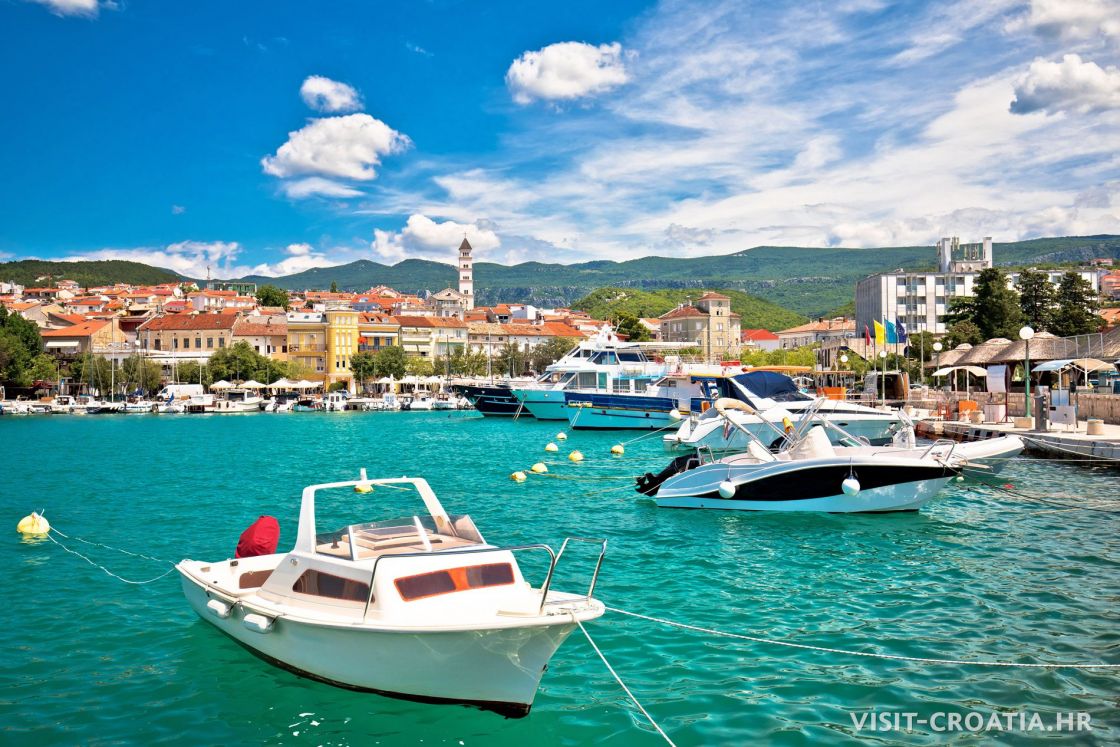 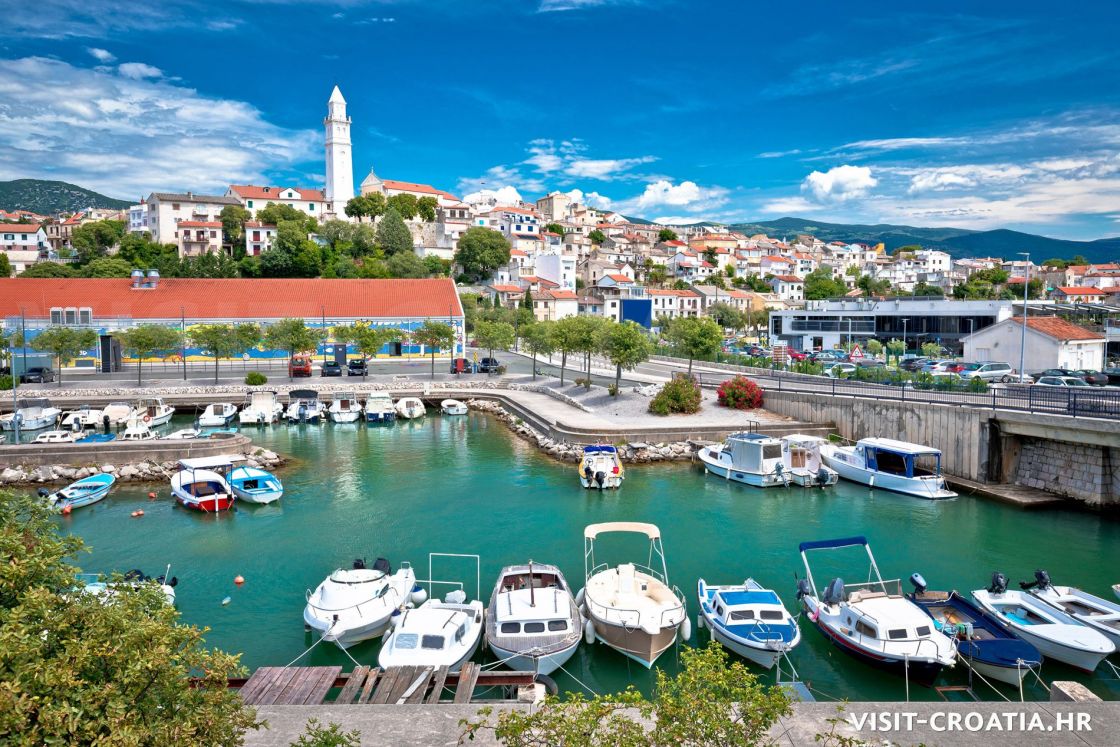 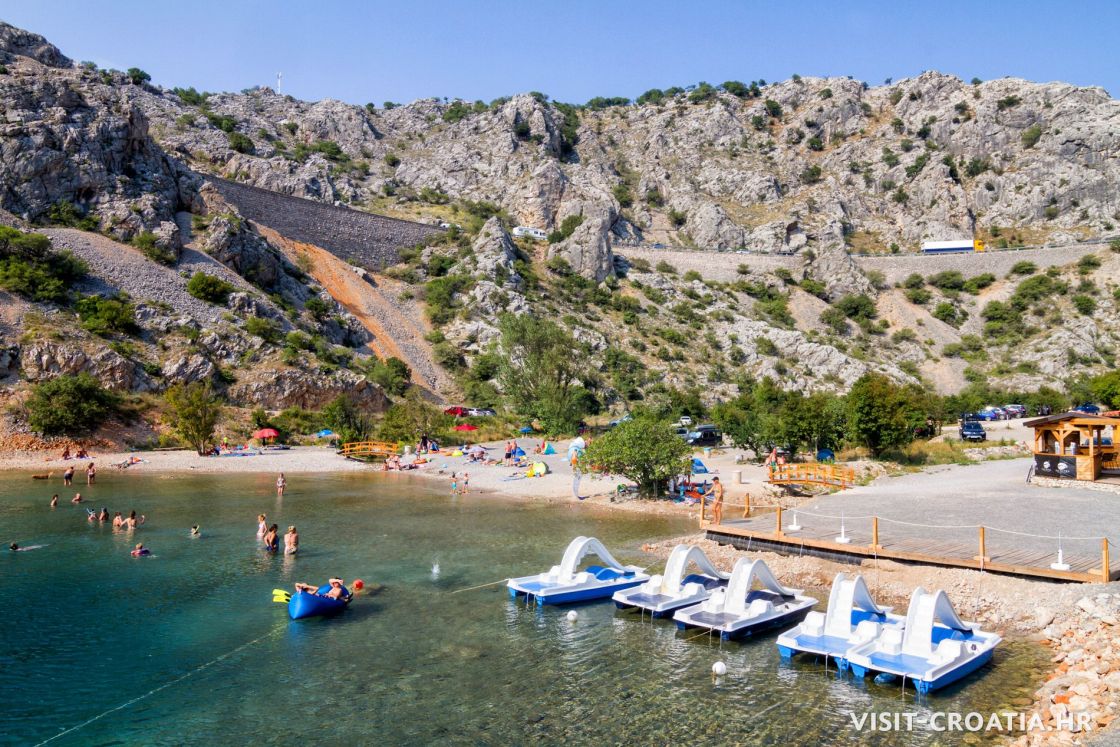 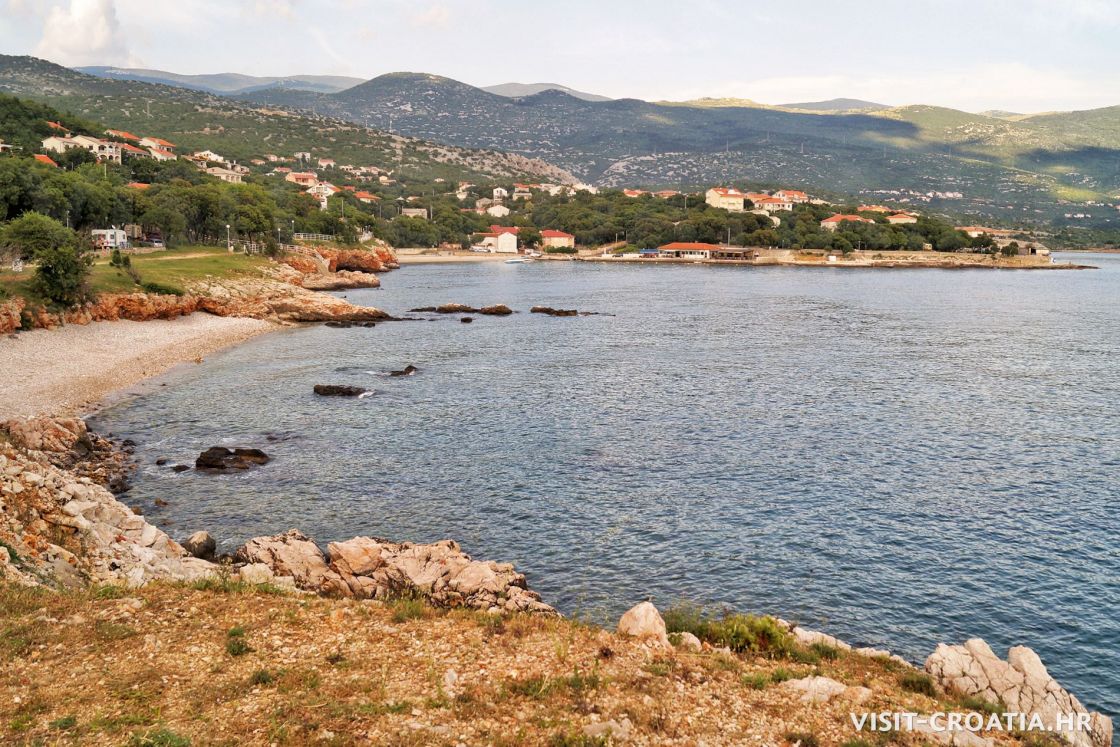 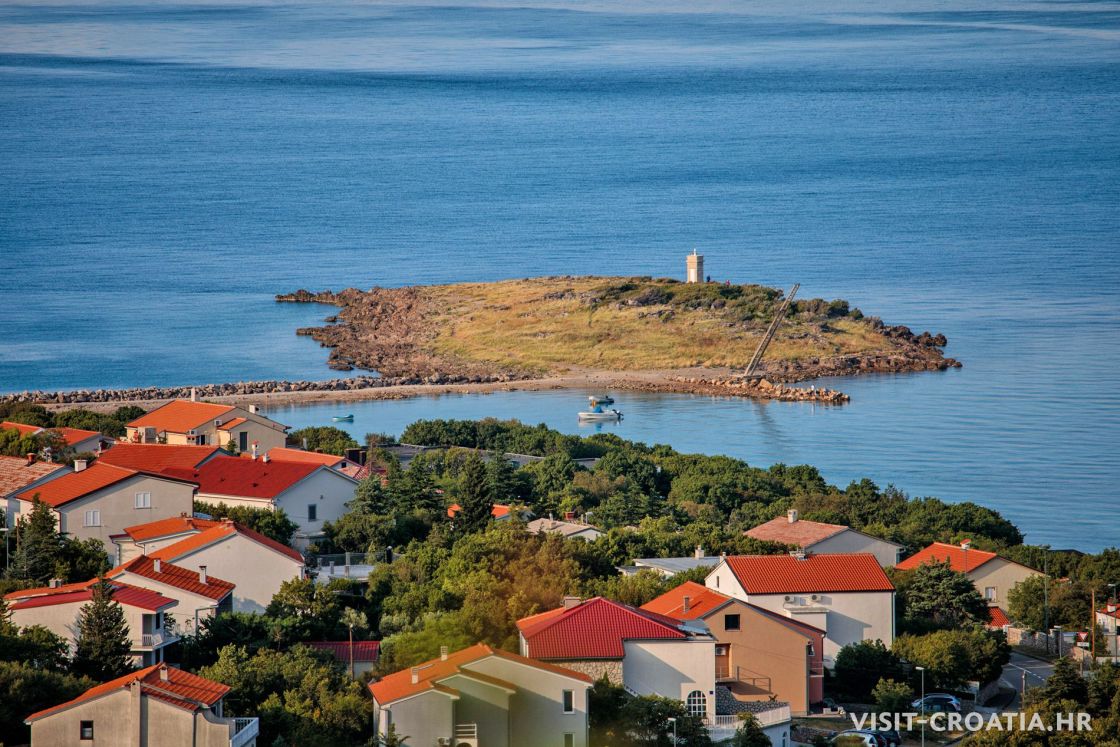 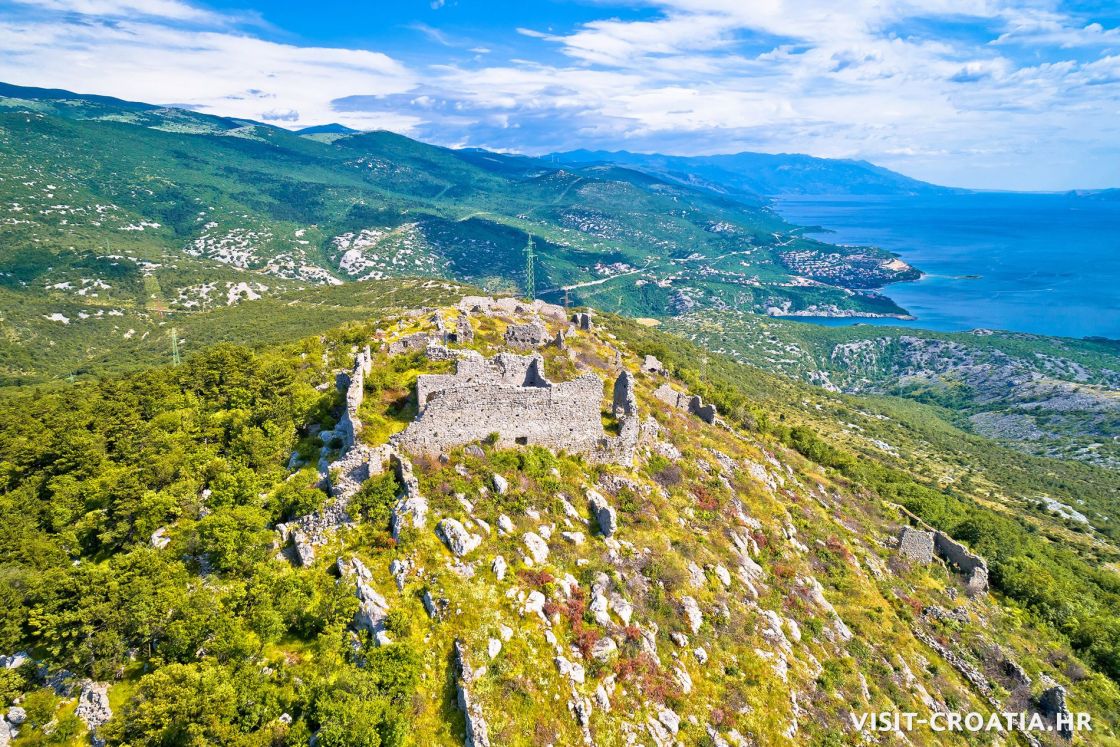 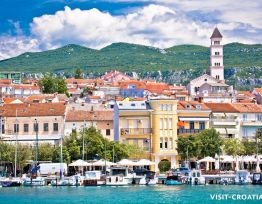 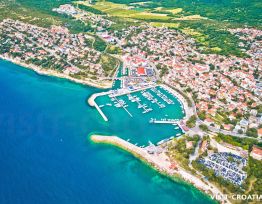 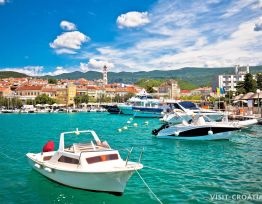 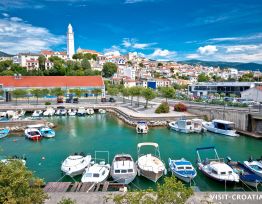 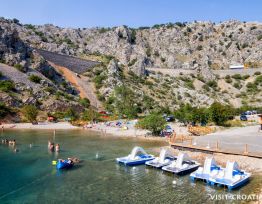 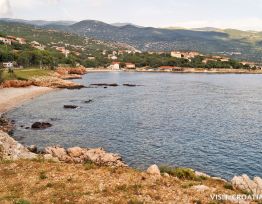 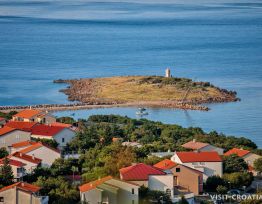 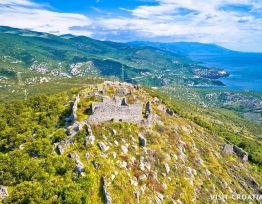 This picturesque small town situated on the hill of Ospa, with the view of the fertile Vinodolski valley and preserved medieval castles of Drivenik, Tribalj, Grižane and Bribir, developed around the Frankopan town, built in the 13th century. The old compact centre is on the hilltop, while the newer part is beside the sea, and with the building of houses and villas is expanding from day to day, so that now it has become a long promenade which connects the town with modern hotel resorts. Despite its exposure to strong winds, sailors often stop here. The town is marked by a few historical events of which certainly the most significant is the establishment of the Vinodolski codex in the 13th century, the oldest Croatian written law in the Glagolithic script. The representatives of 9 communes signed it and it established ownership rights and usage of local land. Today it is kept in Zagreb's National University Library, while in 1988, on the 700th anniversary of its year of origin, the Fountain of the Vinodolski Law was erected in the central square of Novi Vinodolski. Novi Vinodolski is also the birth town of the famous Mažuranić family, which produced a large number of historically and culturally important figures in Croatia, among them the great Croatian poet and politician Ivan Mažuranić (1814.-1890.), an ardent advocate of the Illyrian movement and the first Croatian ban not to hail from the old nobility. From the same family came Ivana-Brlić Mažuranić, the grand-daughter of Ivan Mažuranić, whose children's books, took children's literature to a high artistic level, so that today every child knows her name. 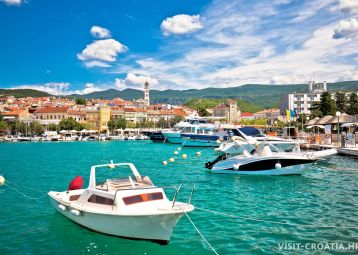 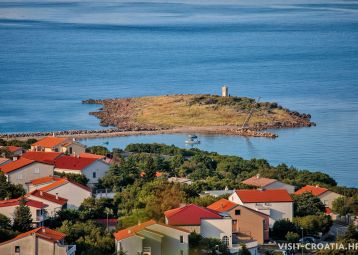 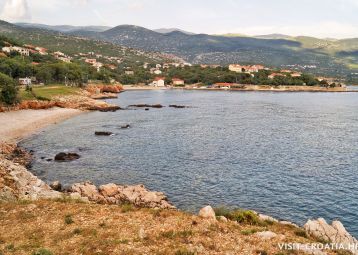