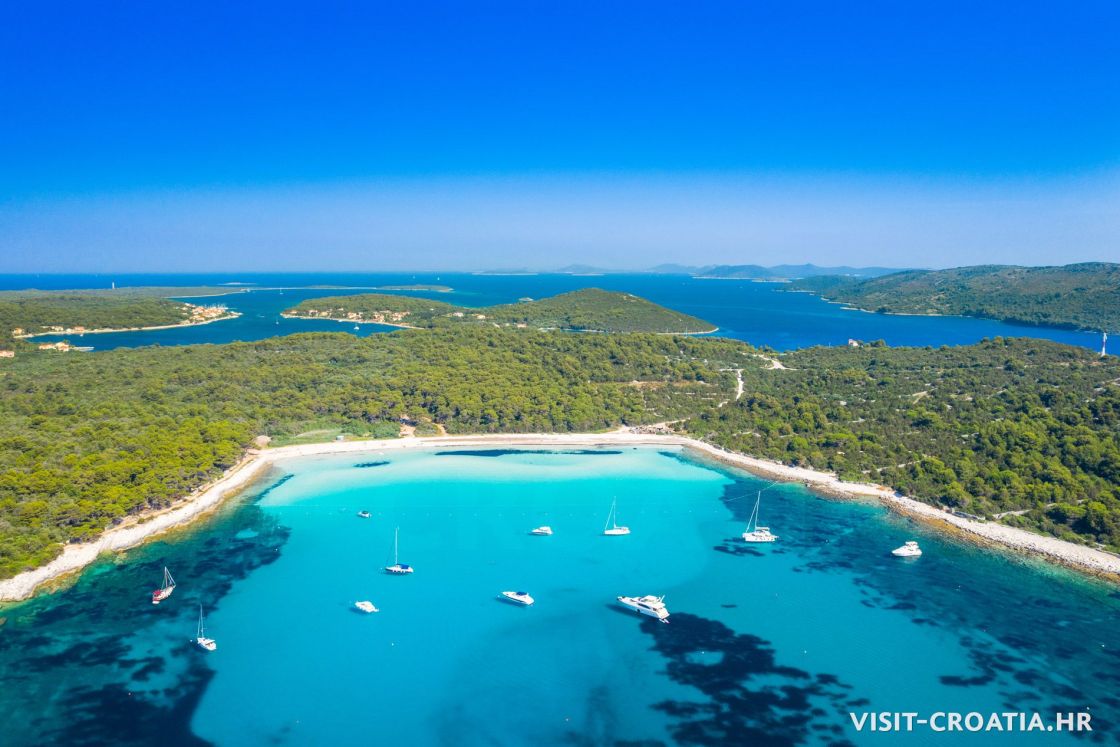 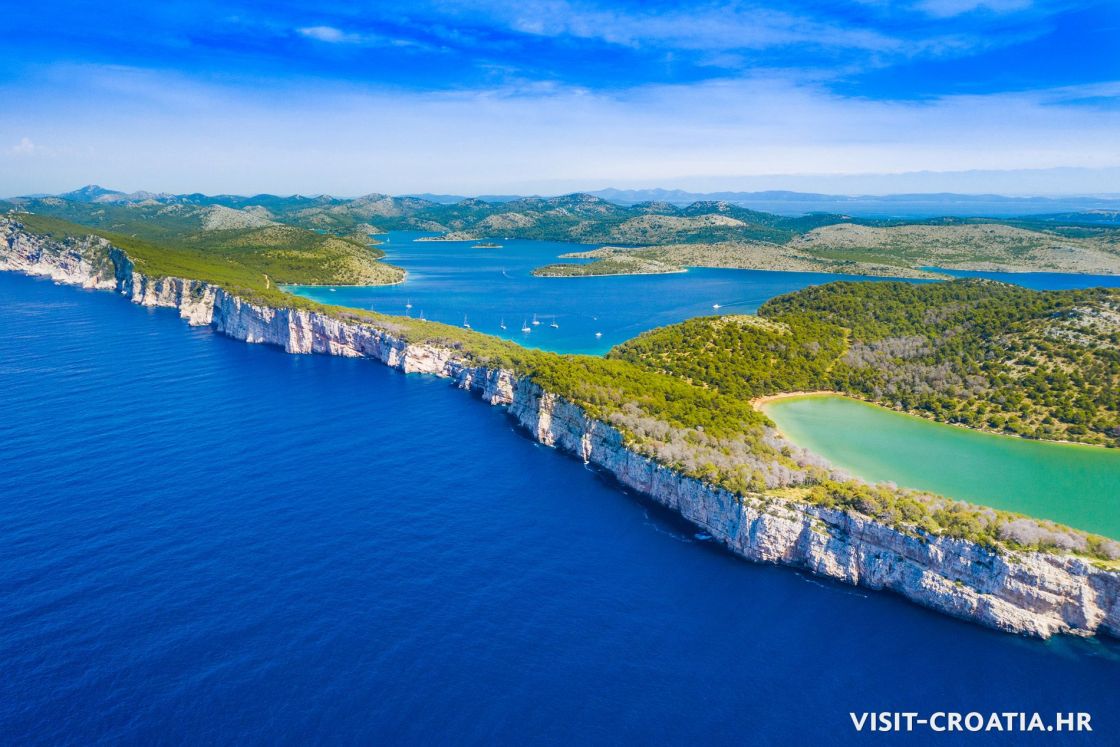 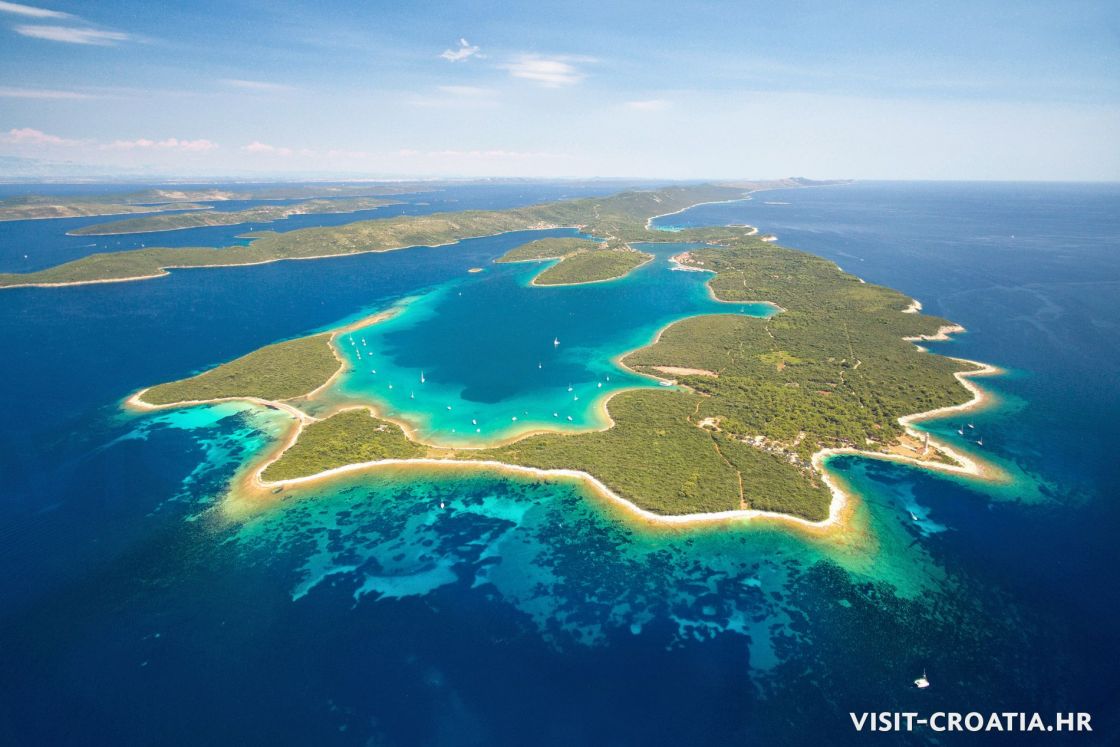 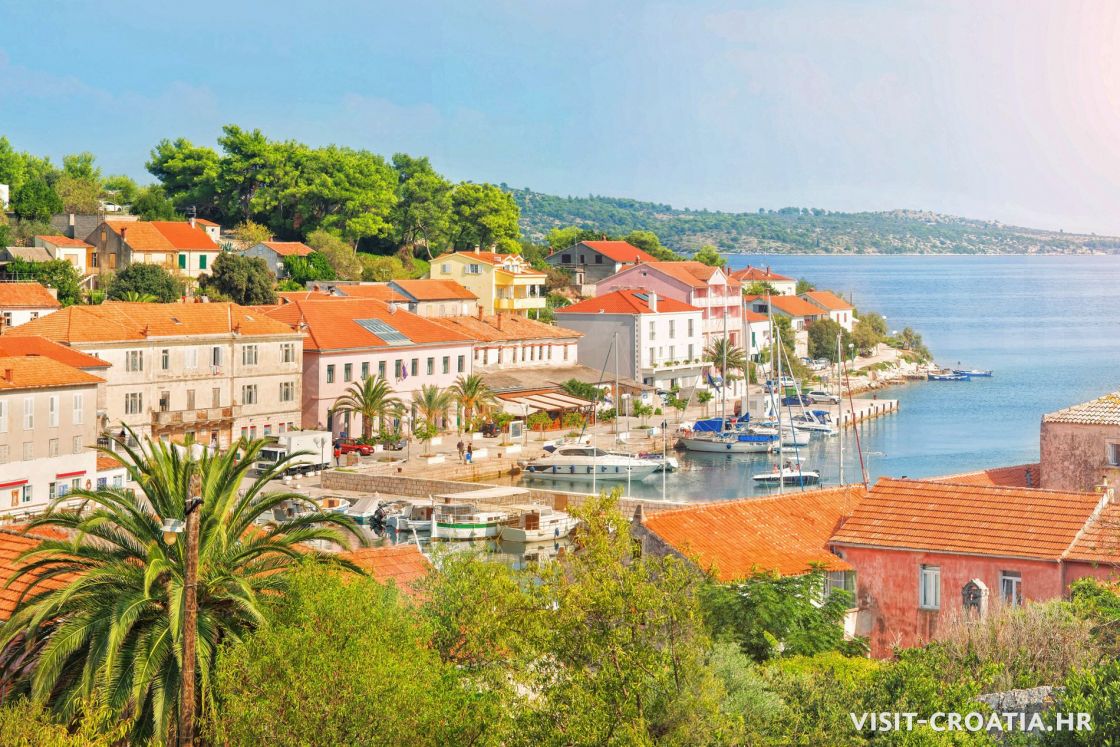 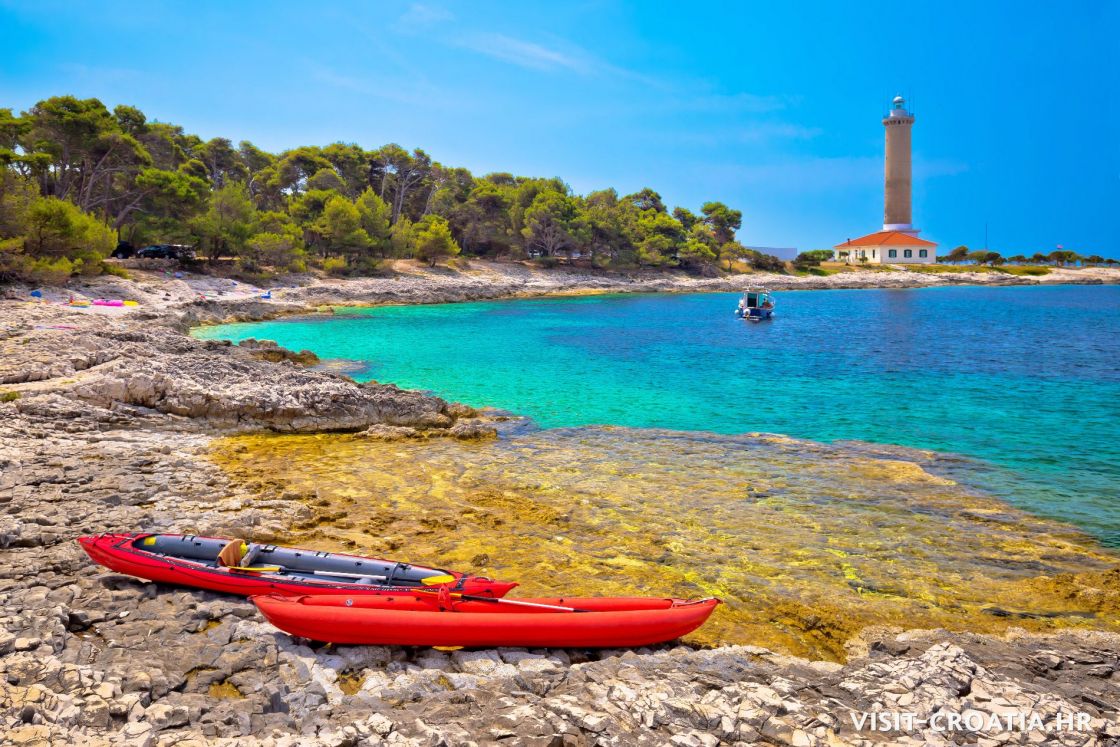 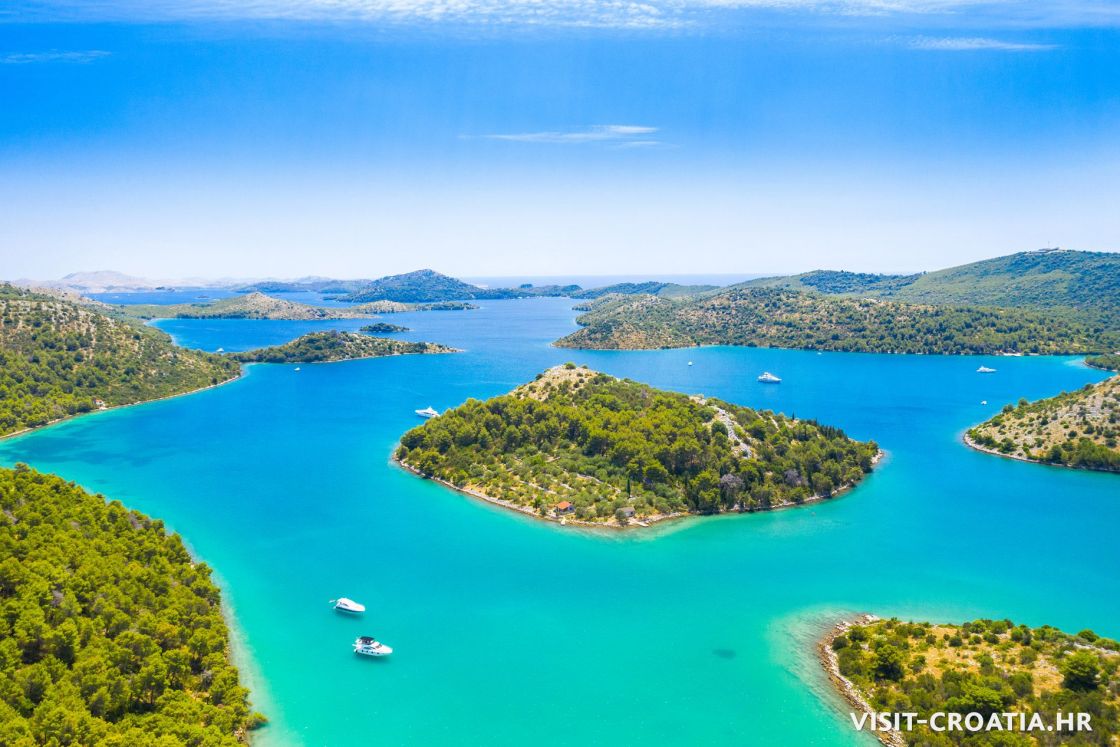 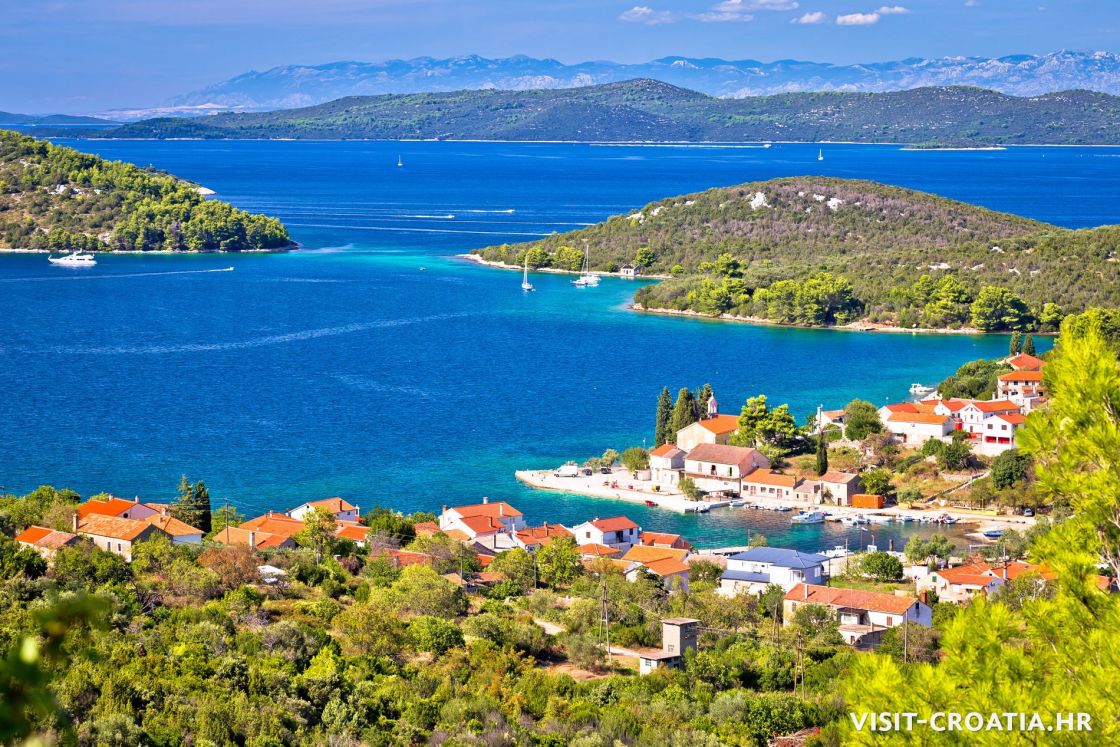 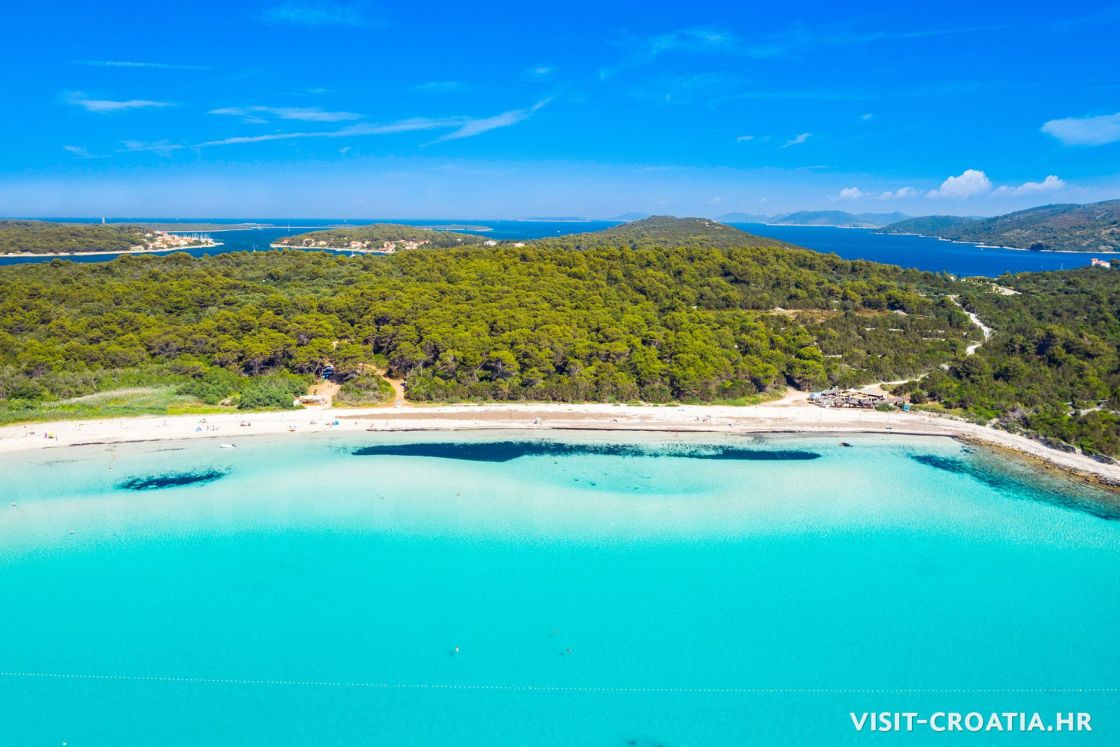 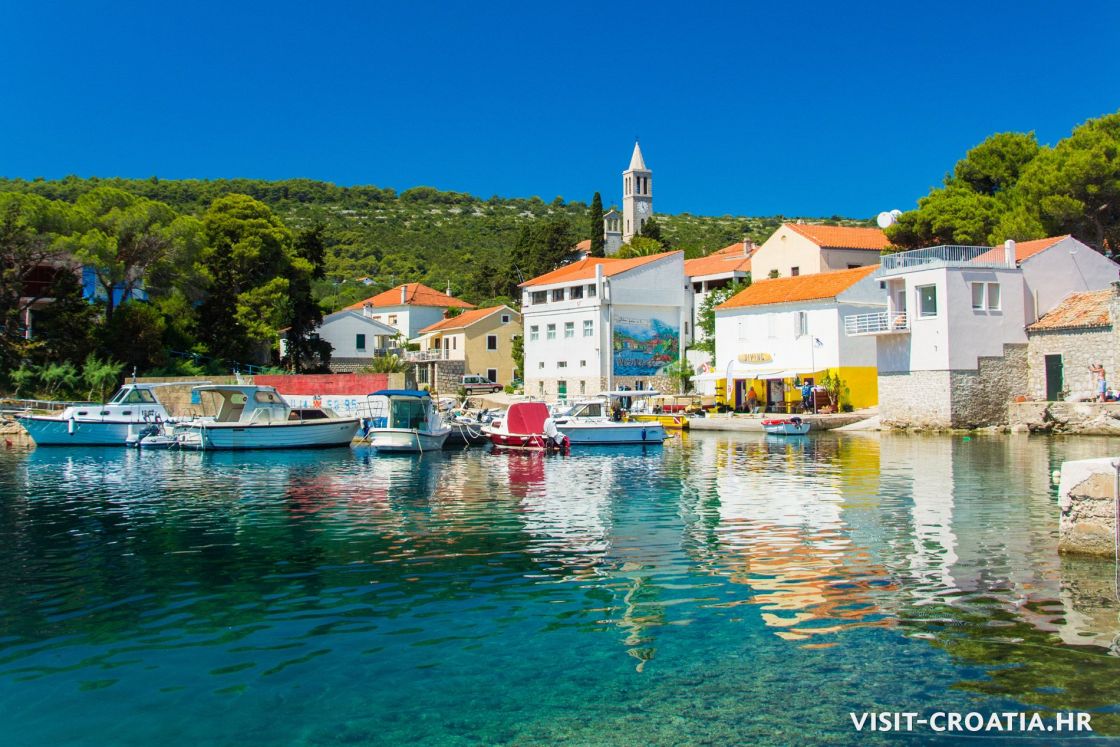 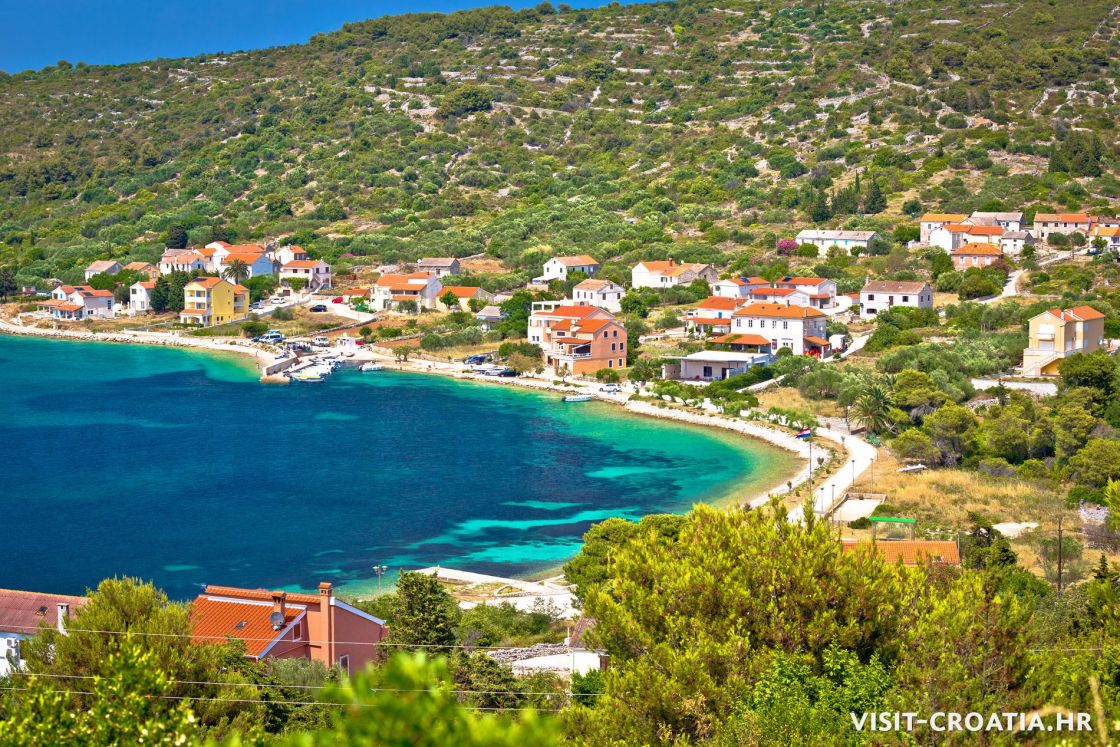 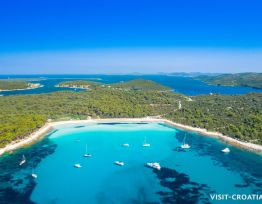 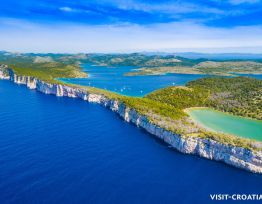 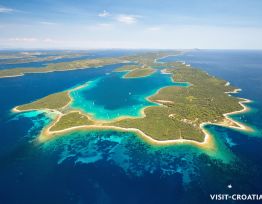 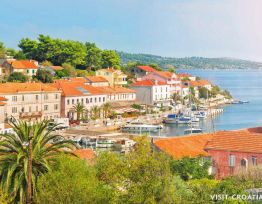 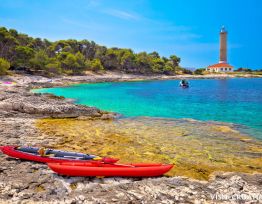 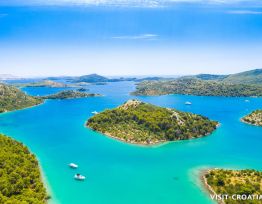 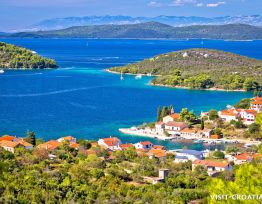 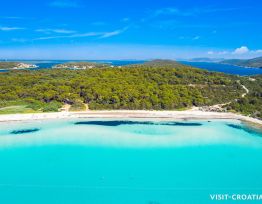 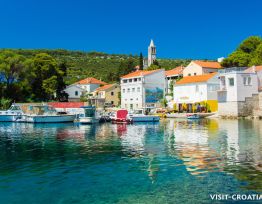 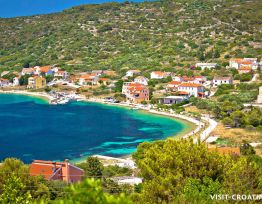 The Zadar archipelago is the densest archipelago in the Adriatic Sea with more than three hundred islands, islets and rocks, which greatly contribute to the well-known motto of Croatia being the "country of a thousand islands". Dugi Otok is the largest island in the Zadar archipelago and has the most indented coastline. It is an island of fairytale landscapes, natural attractions, white beaches and sandy oases. The exotic sandy beach of Sakarun with its turquoise blue color simply leaves you breathless. Not far from Sakarun is the picturesque lighthouse Veli Rat with dazzling white beaches and crystal clear sea. It is a place that you will not easily forget, especially if you are lucky enough to enjoy the sunset from this place. Due to its exceptional beauty, this part of Dugi Otok has been declared a significant Croatian landscape.

At the other end of the island is the largest settlement called Sali. The locals of Sali have long been known as excellent fishermen and divers, so there will always be fresh fish on your table if you wish to try some healthy and excellent food. In the immediate vicinity of Sali, there is the fairytale Nature Park Telašćica and the beautiful lake Mir, bounded by the longest cliff in the Adriatic Sea, cliff Grpaščak (10 km). In summer, the temperature of the salt lake water is 6° C higher than the sea water, while the water level depends on the moon phases. A dinosaur fossil was found on the stone cliffs of Brbišćica, west of the settlement Brbinj. This part of Dugi Otok has also been declared a protected part of nature. There are also two natural phenomena in the bay of Brbišćica: Zmajevo oko (Dragon’s Eye) and the sea cave Golubinka.

Dugi Otok’s most famous tourist resort is the village Božava. Numerous smaller villages on Dugi Otok represent unspoilt oases of nature and are perfect for a peaceful vacation. Fans of active holidays can enjoy well-maintained cycling and hiking trails as well as a climbing area. If you want to delve into the secrets of the underwater world of Dugi Otok, experienced divers from several diving schools will take you to some of Dugi Otok’s most attractive diving locations, such as the underwater cave Brbišćica or the islet Mežanj. Numerous caves on Dugi Otok are just waiting to be discovered by you: the Vlakno cave, which is an exceptional site, the Kozje caves and the Badanj caves, and the cave Strašna peć. There are several smaller islands in the channel between Dugi otok and Ugljan, such as Sestrunj, Rivanj and Zverinac in the north, and a little further south, Iž and Rava which can be visited by boat. Dugi Otok’s charming features can hardly be described in just a few words, so we can only invite you to find a comfortable accommodation in one of the apartments or holiday homes, and to experience and feel the fairytale beauty of this natural oasis. 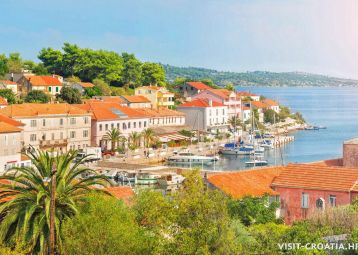 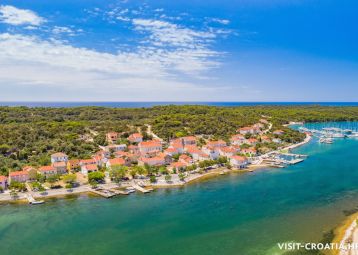 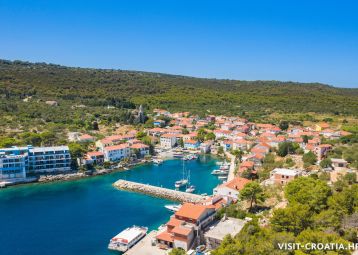 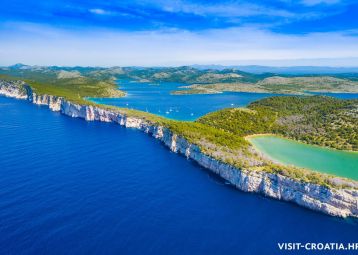 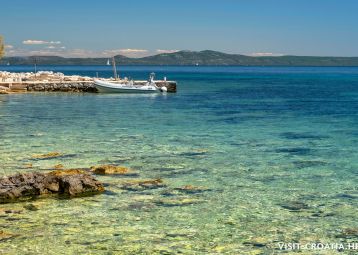 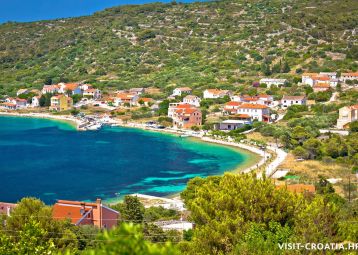 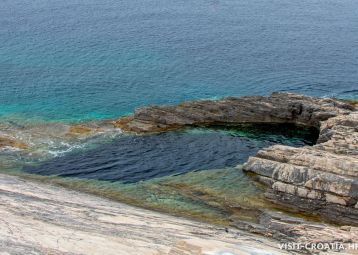 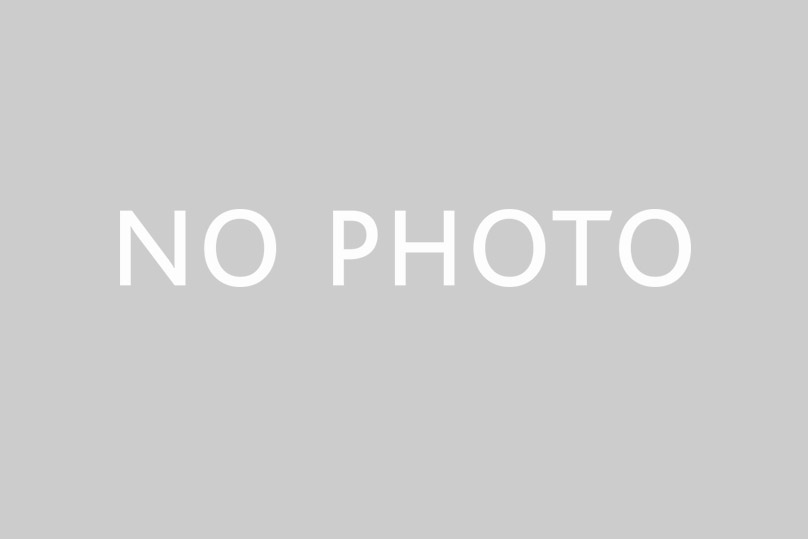