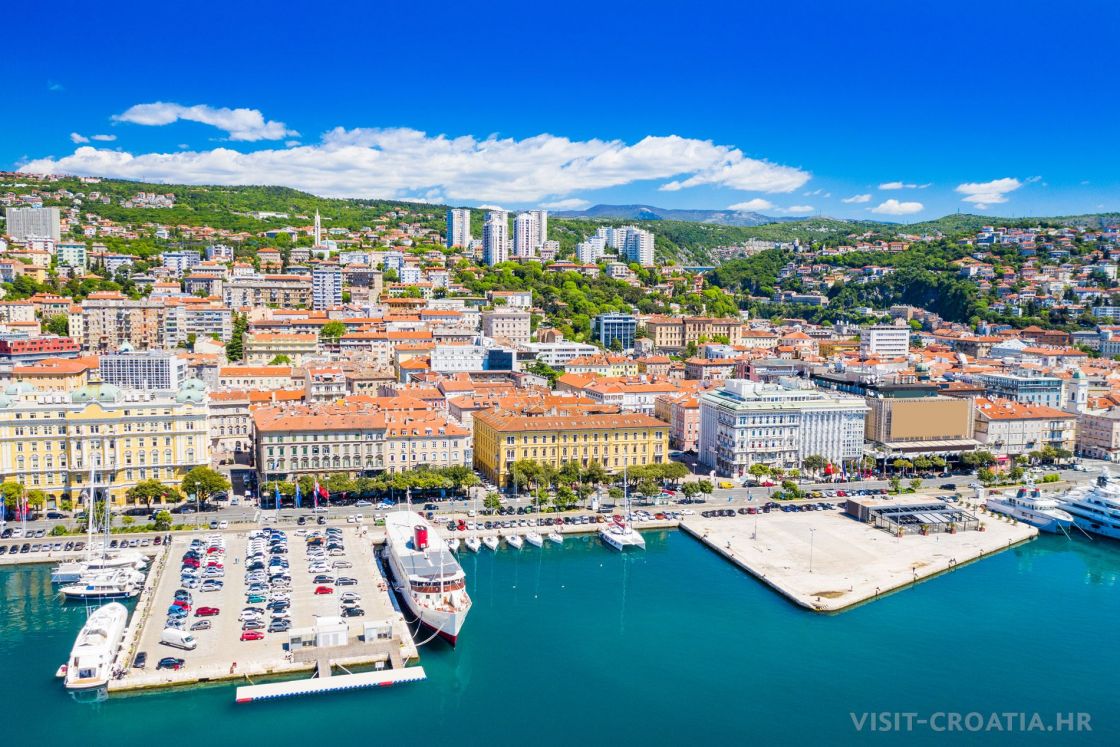 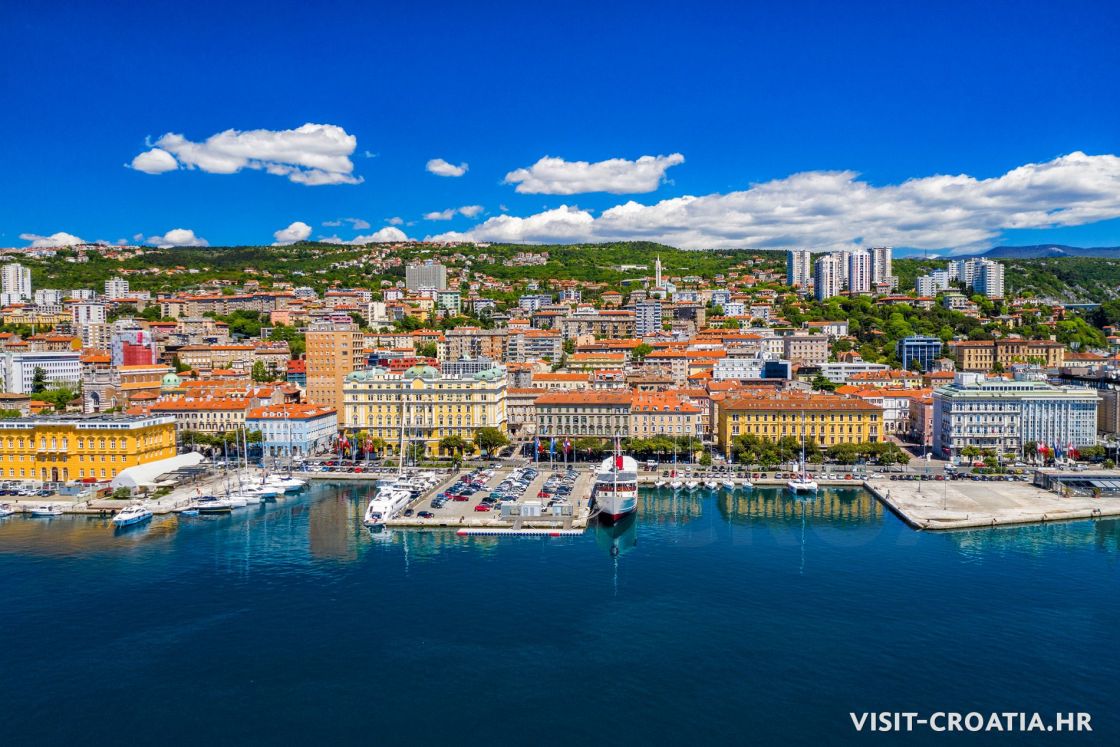 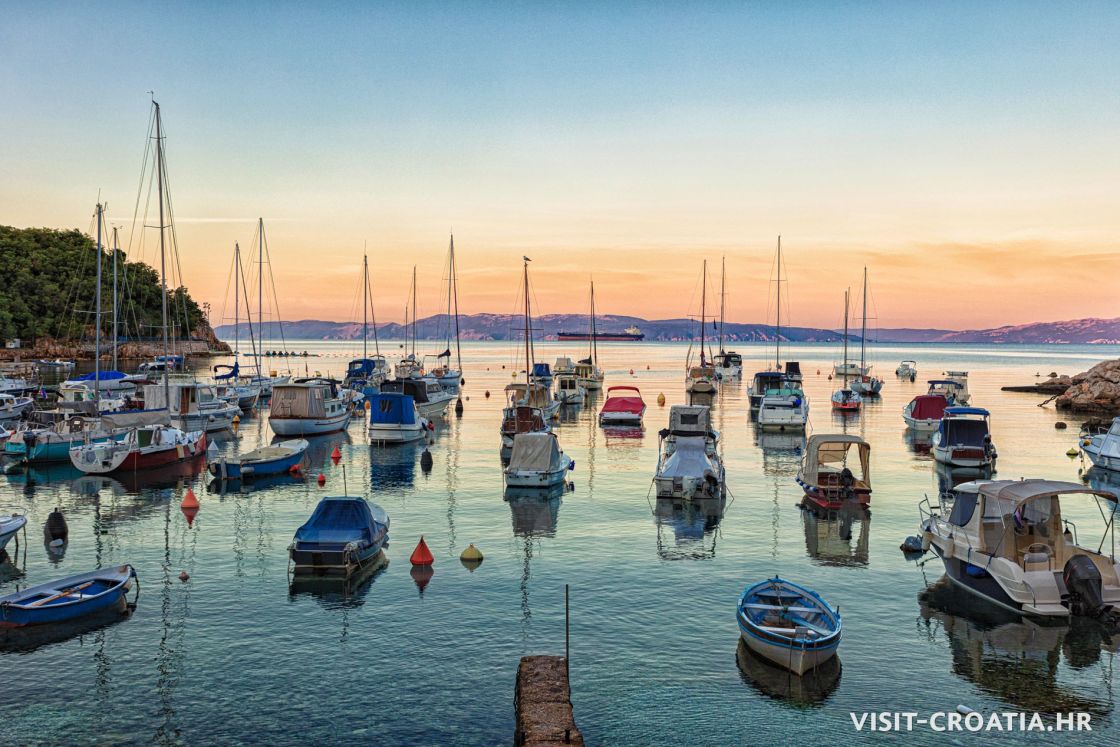 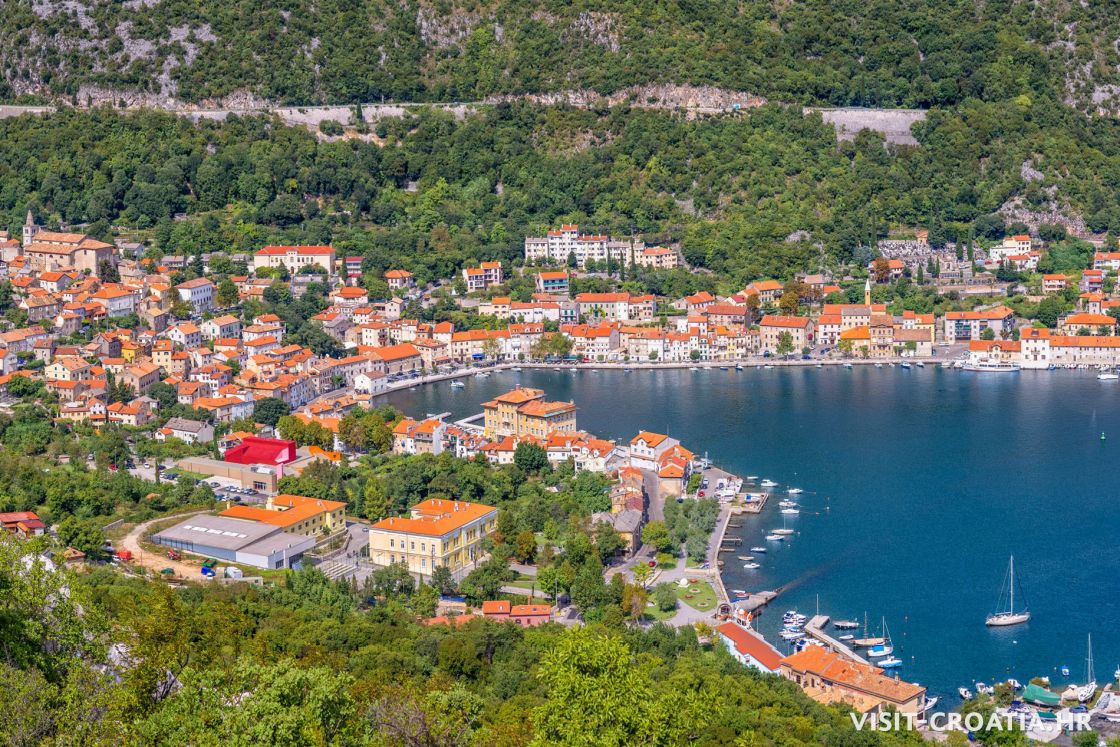 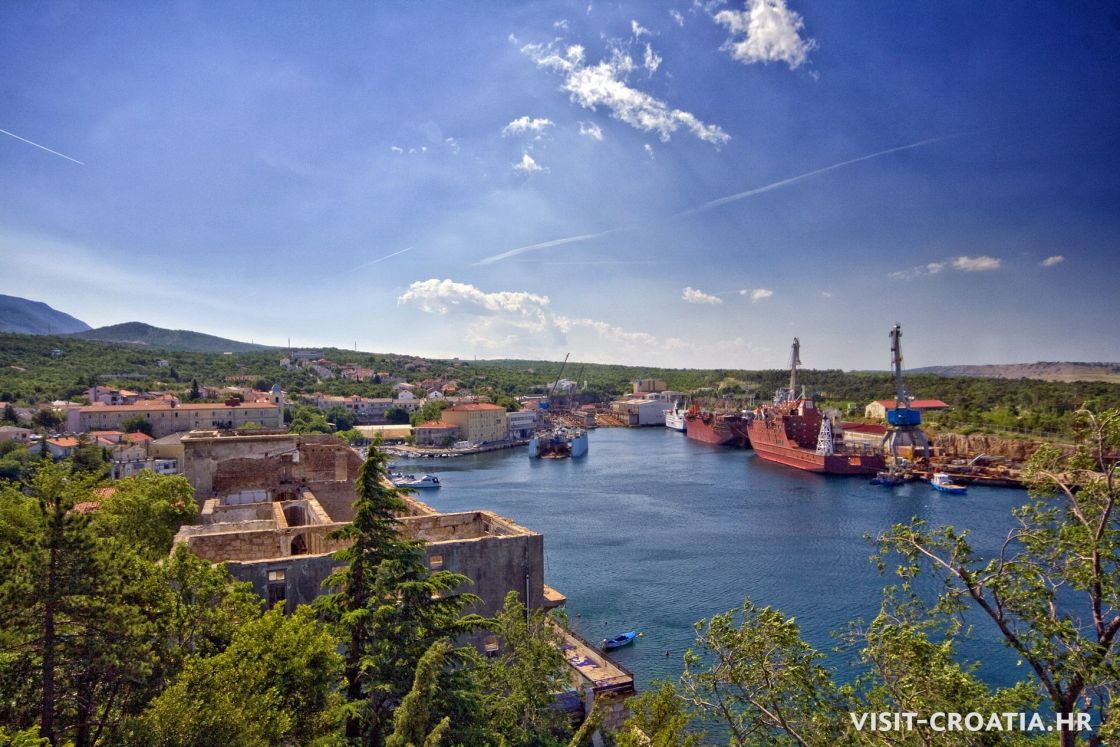 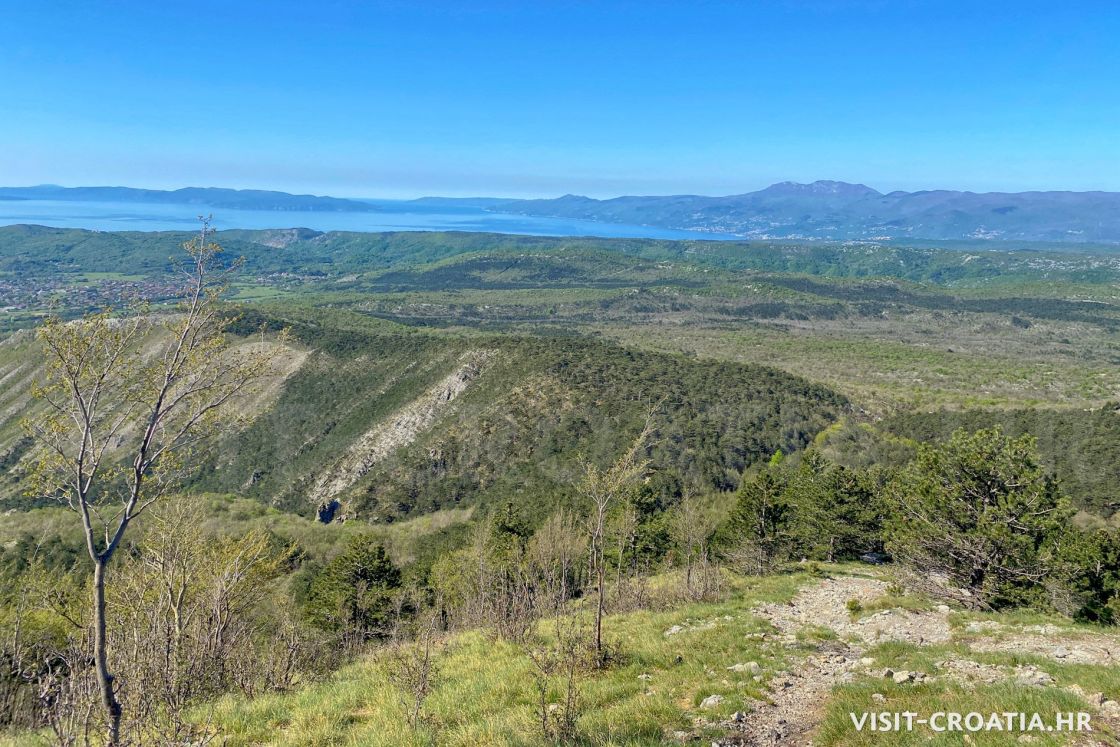 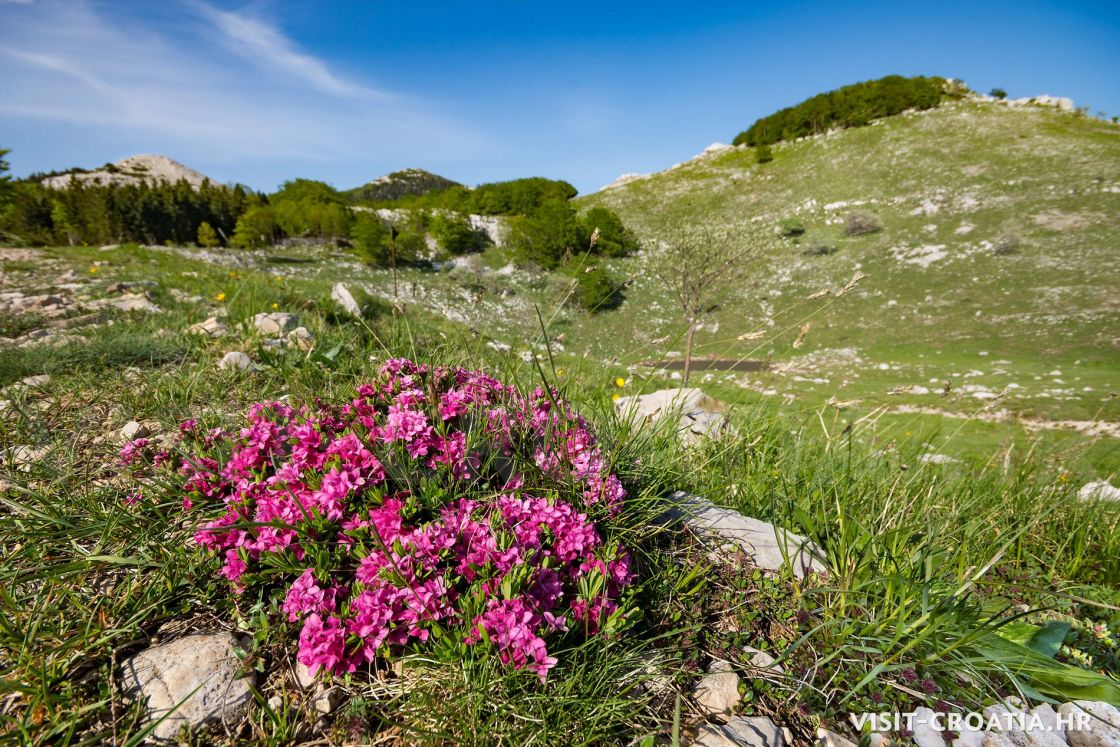 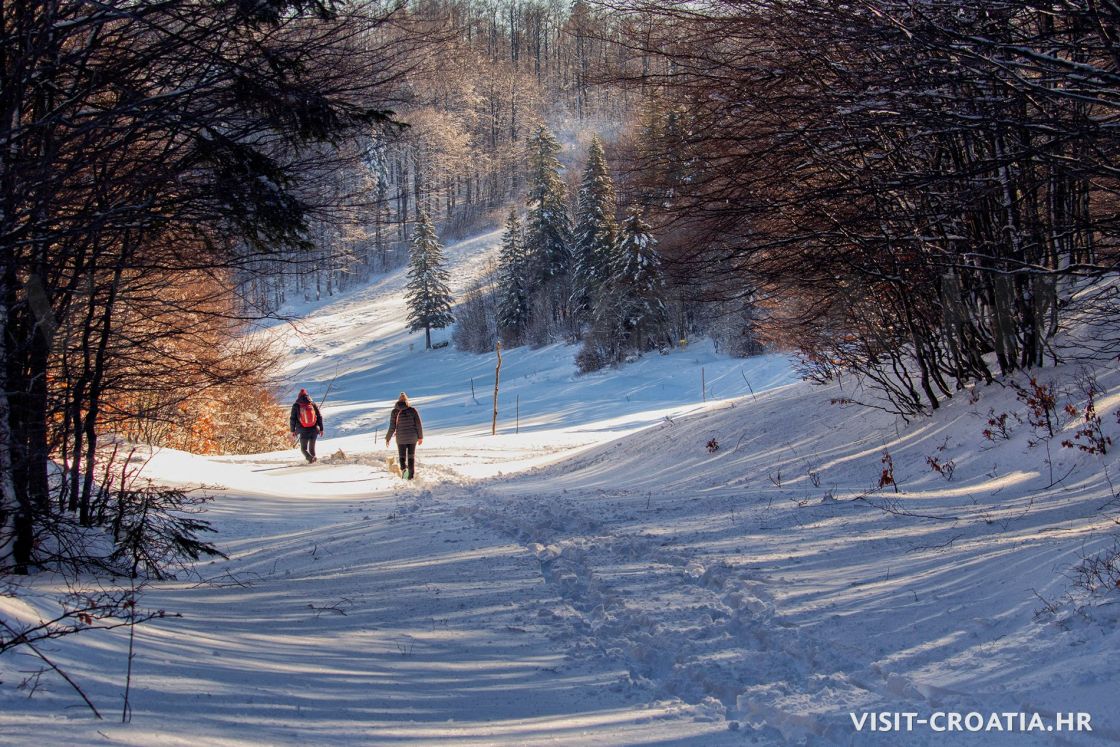 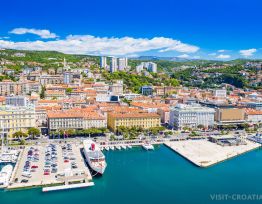 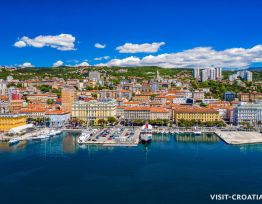 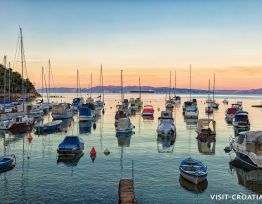 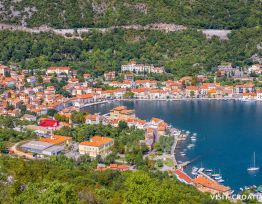 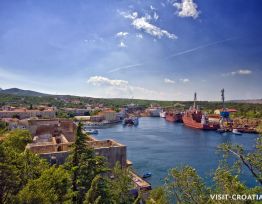 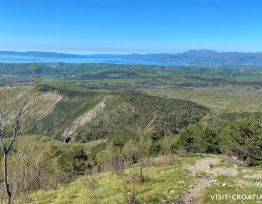 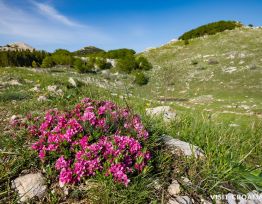 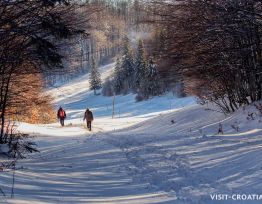 Today, Rijeka is considered to be the centre of a very lively urban scene, which brings together famous Croatian musicians, actors and artists. The city is therefore the venue of many cultural and stage events, concerts, various performances and interesting plays. If you want to know more and experience the urban scene of Rijeka, look for accommodation in one of the apartments and holiday homes and enjoy the many cultural and entertainment events or dive into the exciting nightlife of the city that flows.

The city of Rijeka is the biggest Croatian port and the third biggest city in Croatia. It is mentioned in 108 BC, and during its history it has been a part of a few different states – in the 20th century alone it was in six – among which was the independent Free State of Rijeka. Already in the 19th century it became a significant industrial centre and port. Here was the Torpedo factory which attracted a large number of engineers and industrialists who built their houses here or rennovated old venetian palaces. As a result you will find in the city itself and in the surrounds, a large number of beautiful buildings in which today are located mainly administrative and cultural institutions.

The centre of public life in Rijeka is the town's pedestrian zone with its most popular street the Korzo, where a large number of town events are held, among them the famous Rijeka carnival in February. The central place on the Korzo is taken by the city's baroque clock tower, and around it are a few prized baroque buildings and palaces. Go behind the clocktower to Kobler Square, to the old town council, behind which is the Roman arc and the Old gate, and the remains of the late antique castrum. Here is the church of Saint Fabian and Sebastian from the 16th century, for which there are indications that it is even older. Exactly there on Grivica is the impressive cathedral of Saint Vid from the 17th century, and behind it is the Judicial palace. A little below, is the Dominican monastery and the University library, the Modern gallery and Museum of Modern and Contemporary Art. Opposite the Judicial palace in the park the state archive is located and immediately next to it on the Museum Square are the Maritime and History Museum, the Rijeka museum and the Natural history museum. In the ambience of the other end of the Korzo is the church of the Ascension of the Blessed Virgin Mary with a leaning tower, and down on the waterfront, is the Mondello palace, the orthodox church of Saint Nicholas, the main marketplace and the (Croatian National Theatre) HNK of Ivan pl. Zajc.

In the part of the city called Trsat, can be found a medieval castle and a Franciscan monastic complex, with the church and pastoral centre – the Trsat shrine. It is the oldest Virgin Mary shrine in Croatia, which is visited by a large number of pilgrims. According to tradition, in that place in the 13th century the house of the Holy family appeared, which had been brought from Nazareth by angels. Here it was for three years after which the angels took it to Loreto, next to Ancona, where it is today. Of course, all of this is only a part of what the city of Rijeka has to offer. Nowadays it is the centre of an urban scene, which gathers a large number of musicians, theatre people and other artists, and the Ivan pl. Zajc theatre has great performances regularly in its repetoire. If you are looking for something traditional, it will be hard to find it in Rijeka. Rijeka is an urban, cosmopolitan city which offers just that. Those who love the sea, nature and traditional values are better off exploring Rijeka's surroundings and Kvarner. 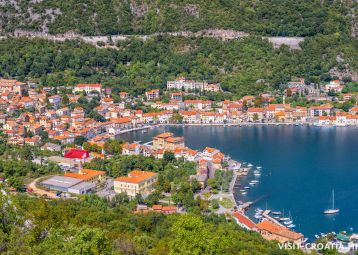 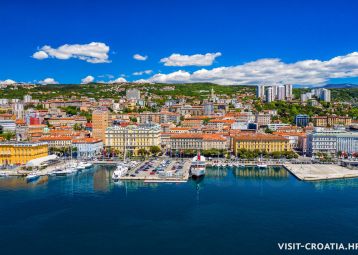 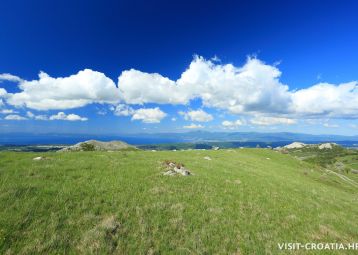 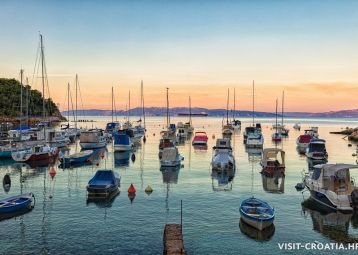 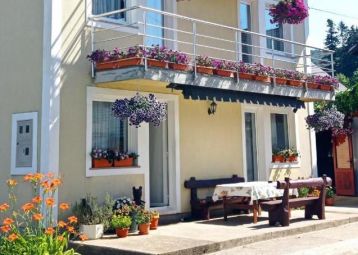