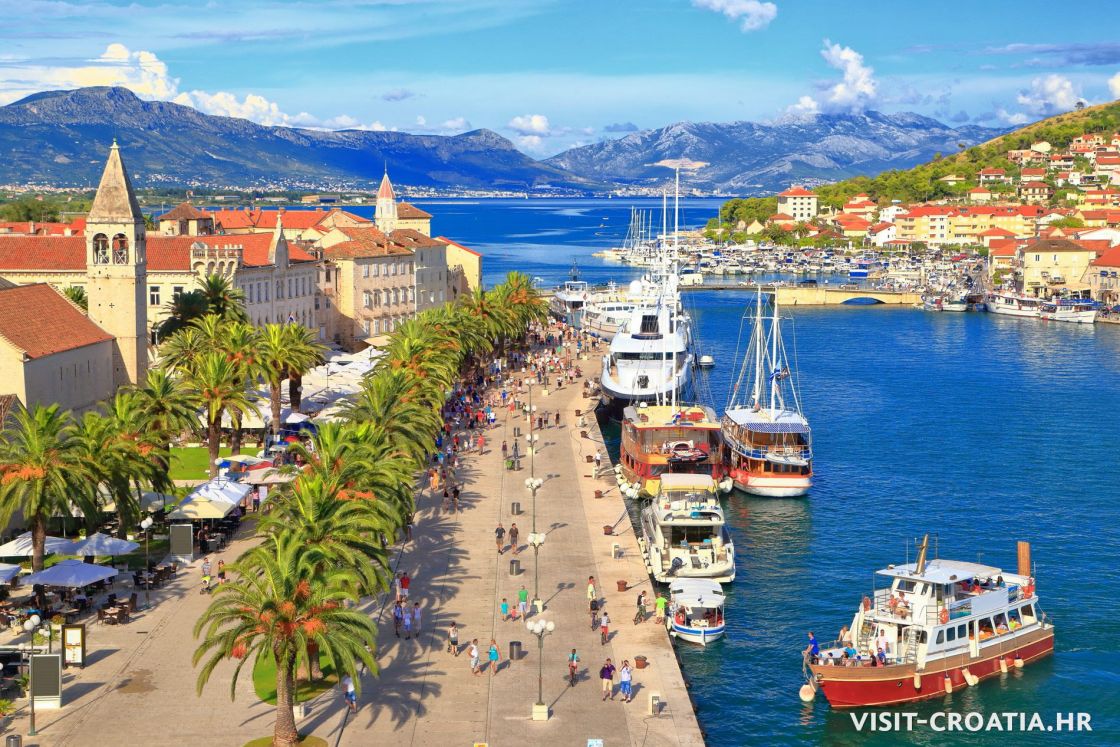 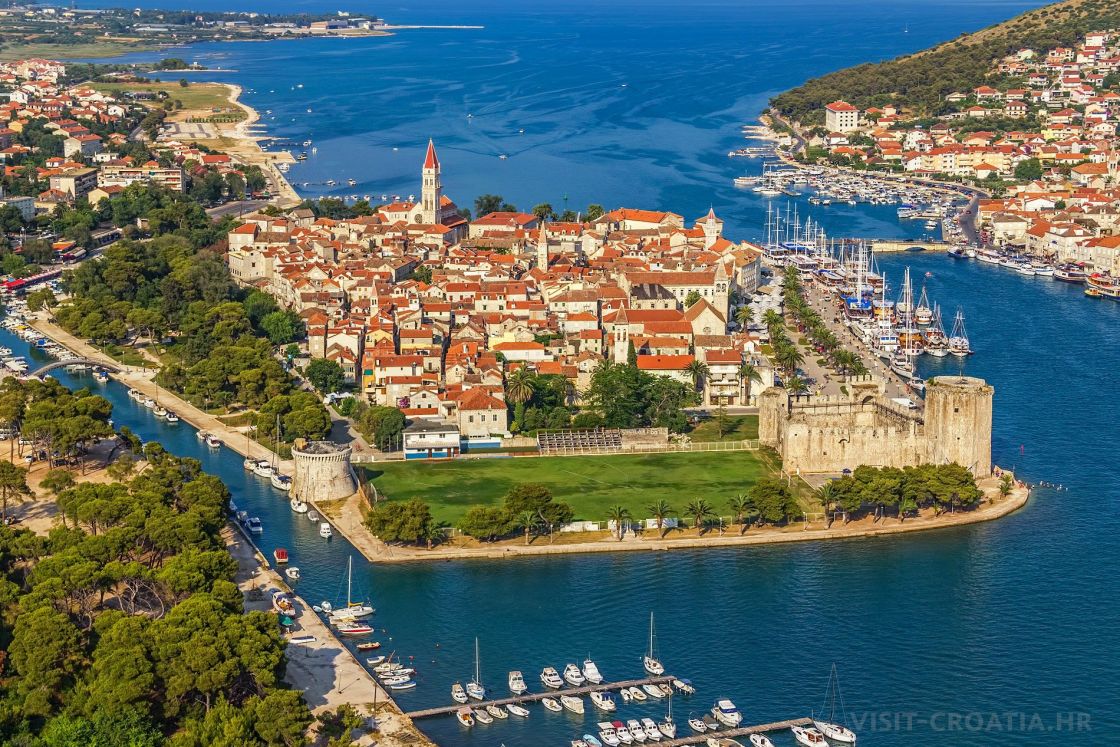 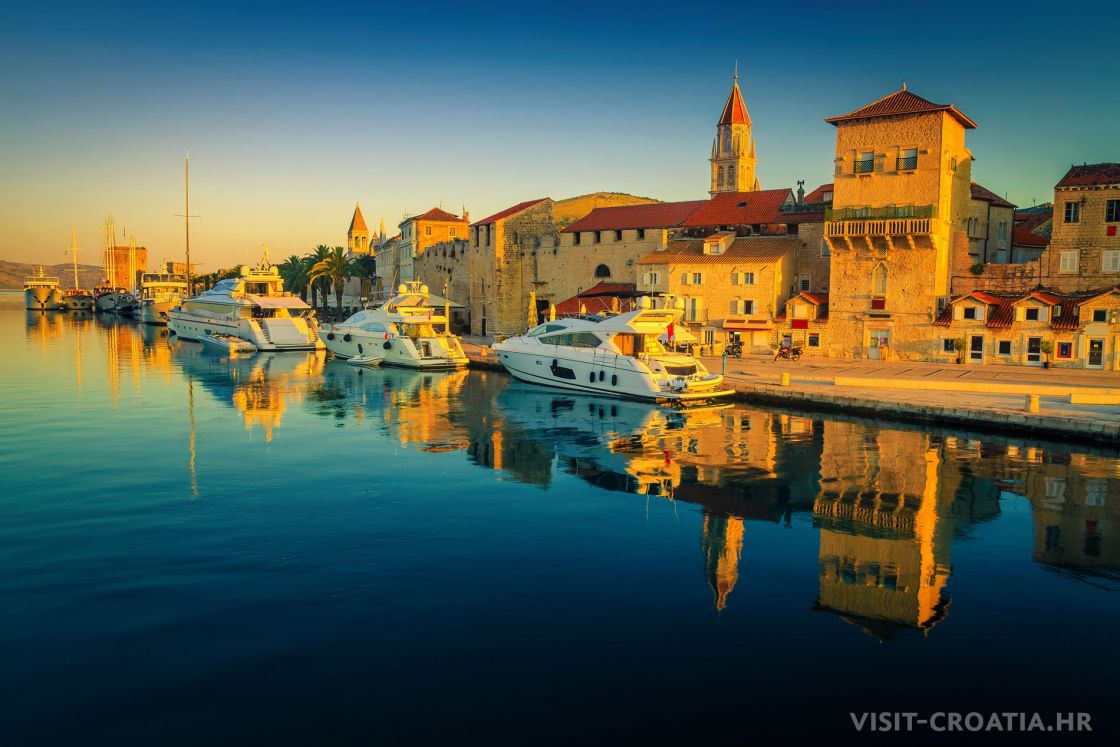 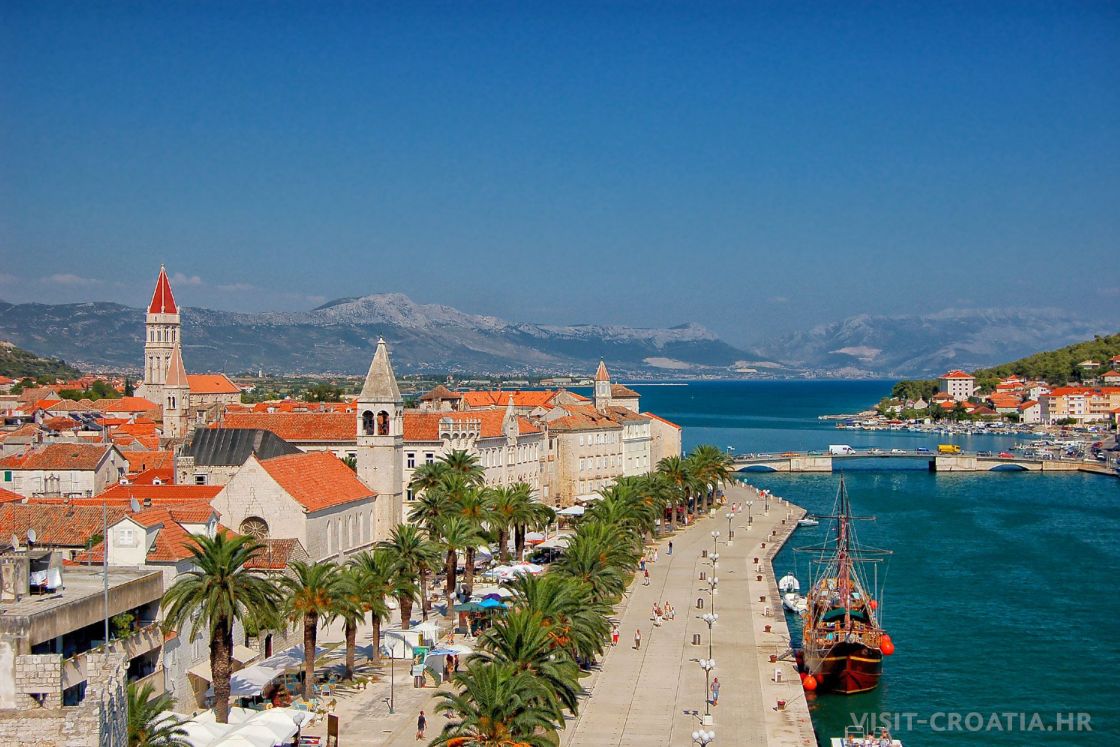 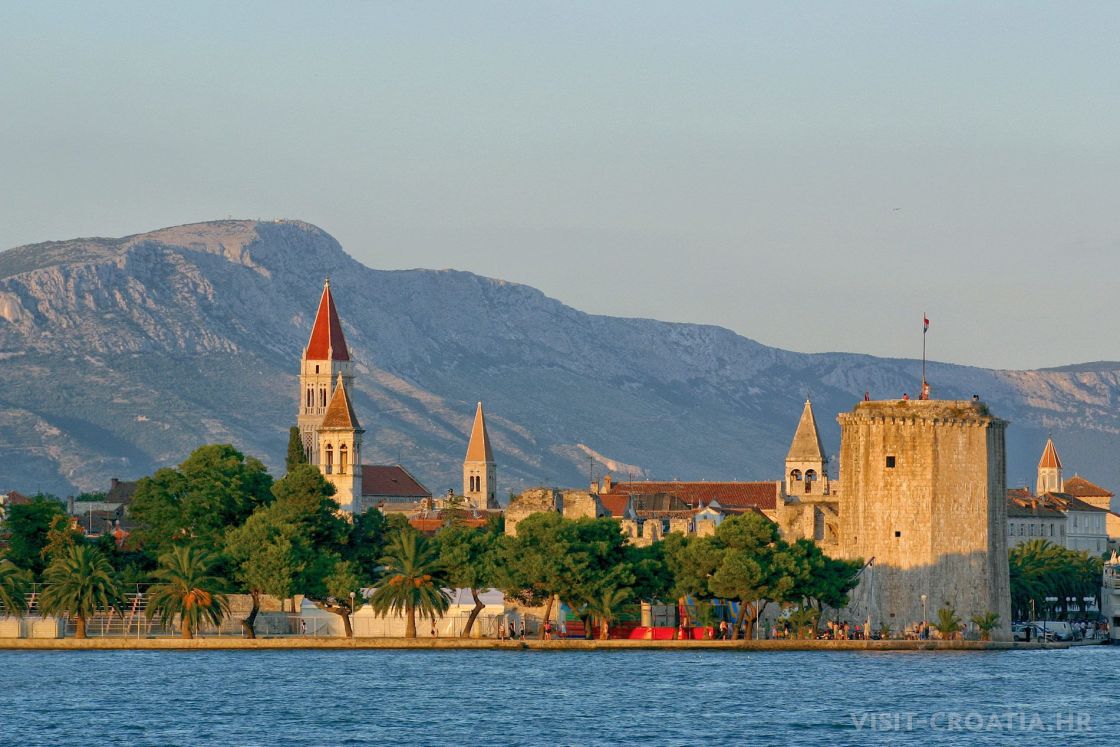 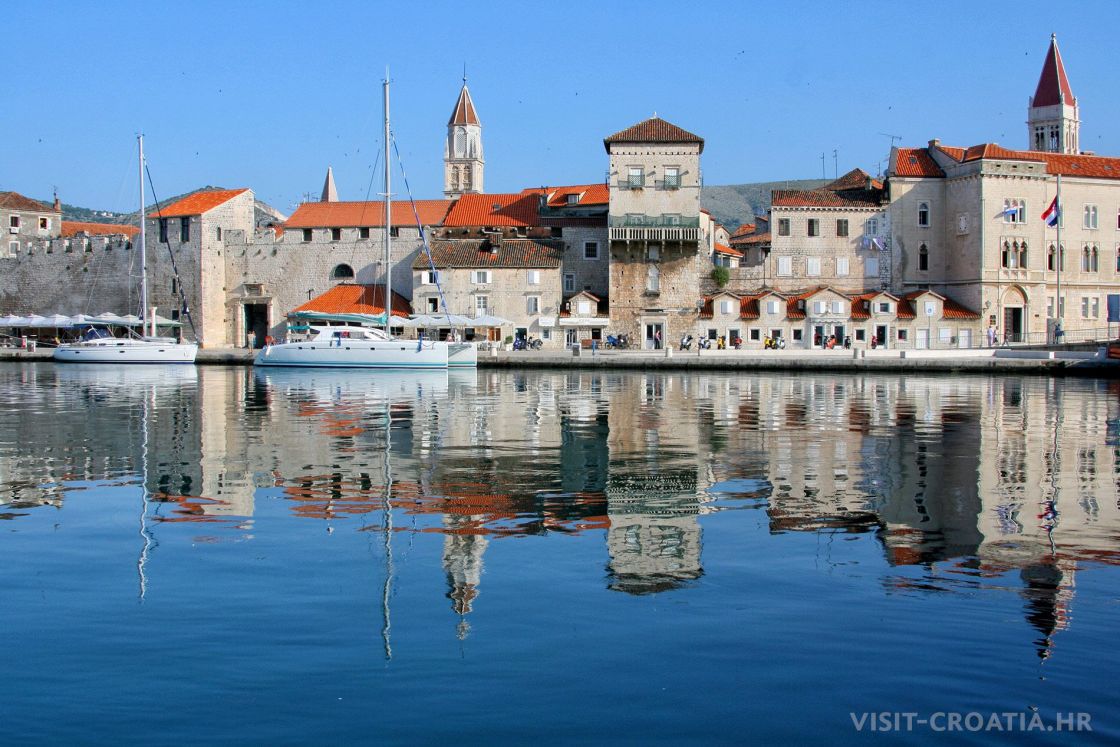 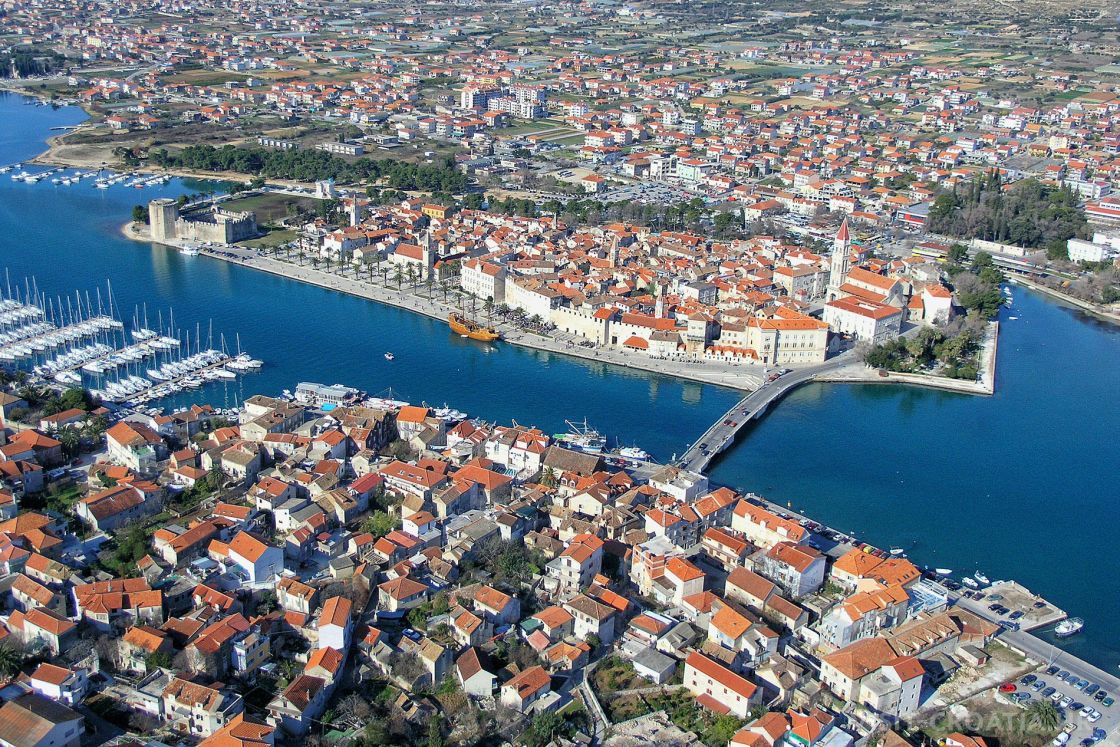 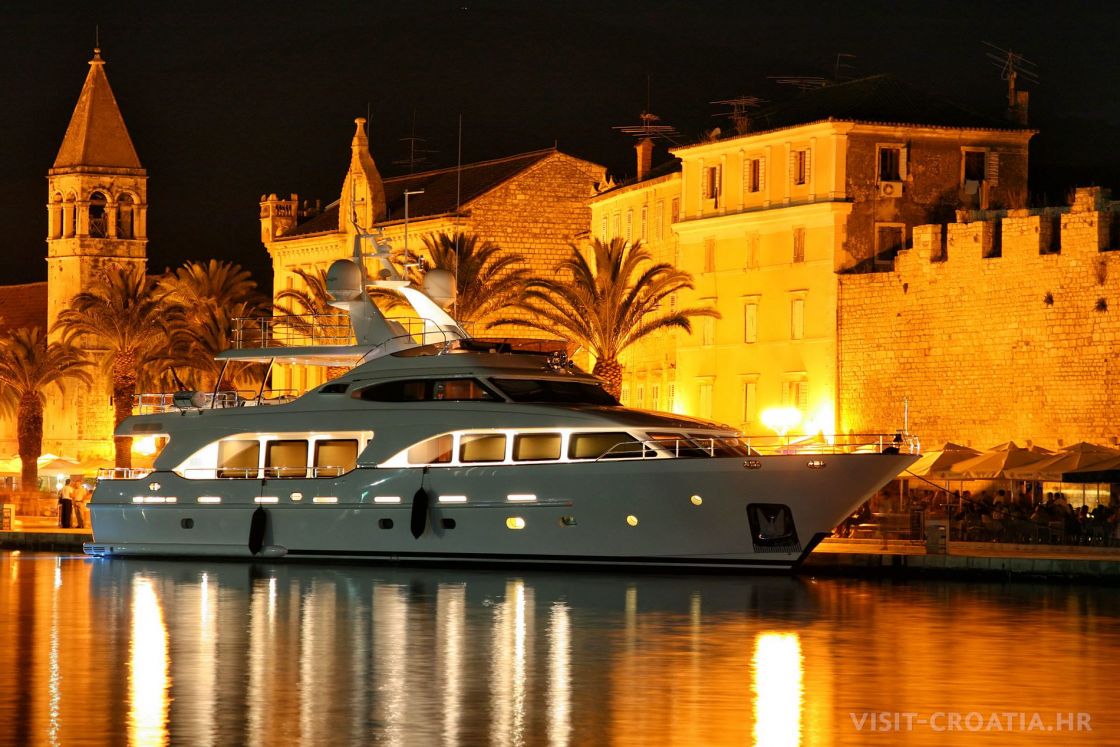 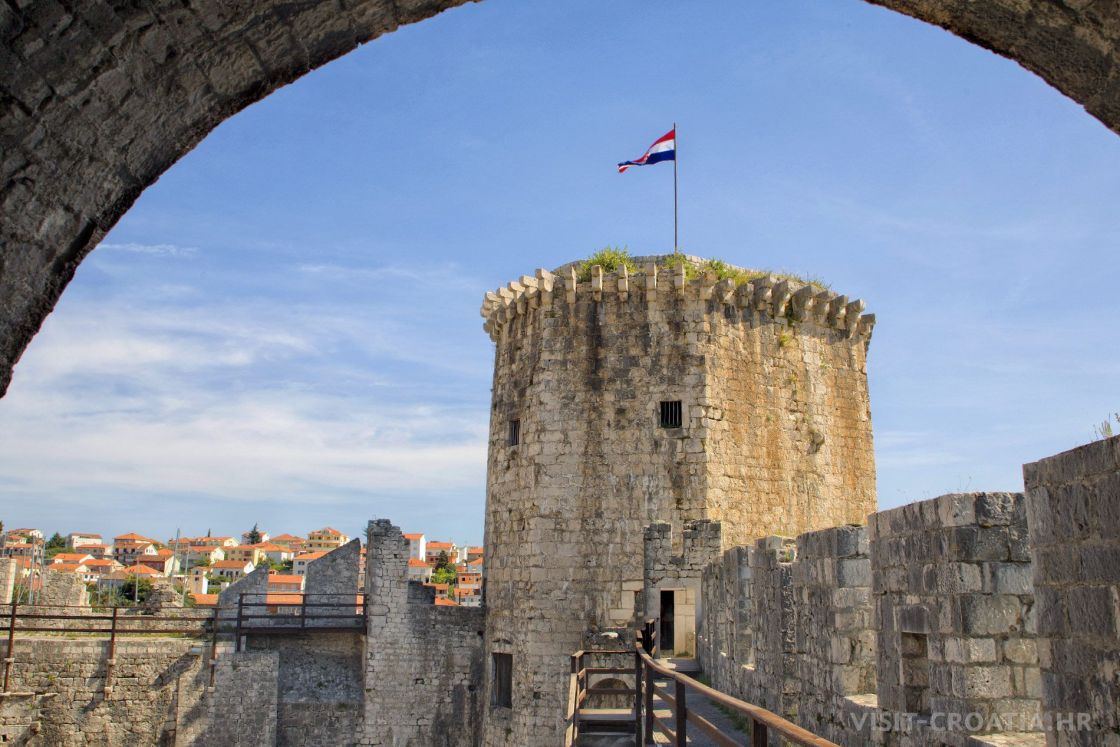 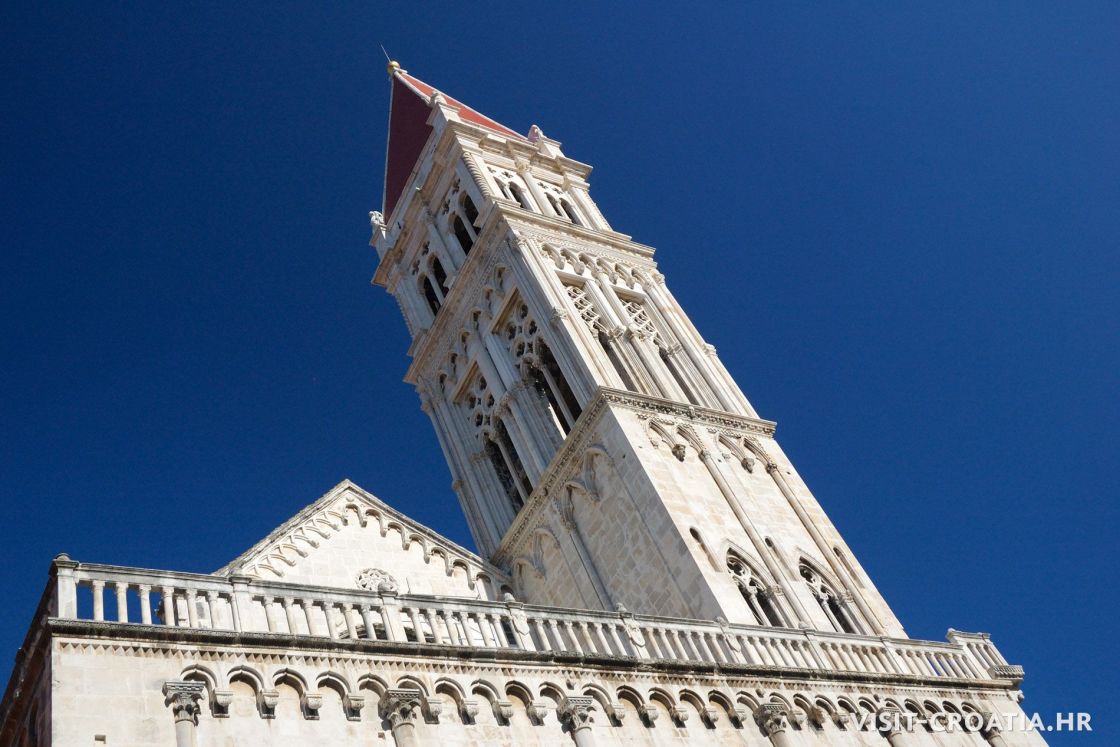 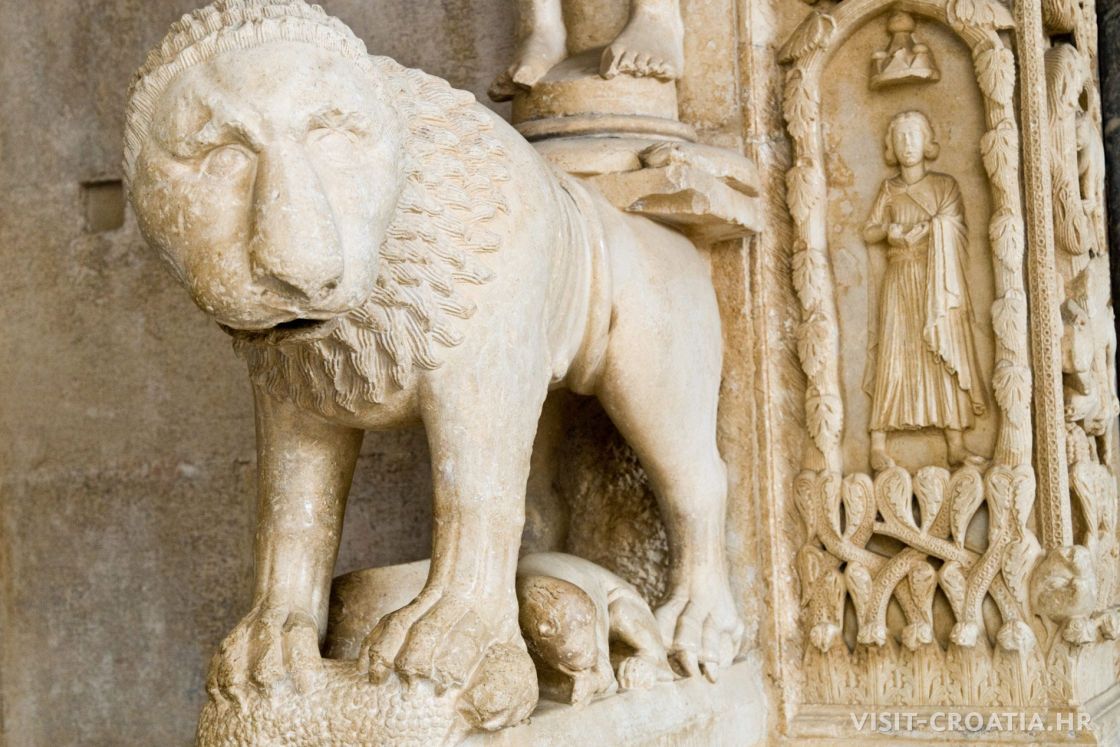 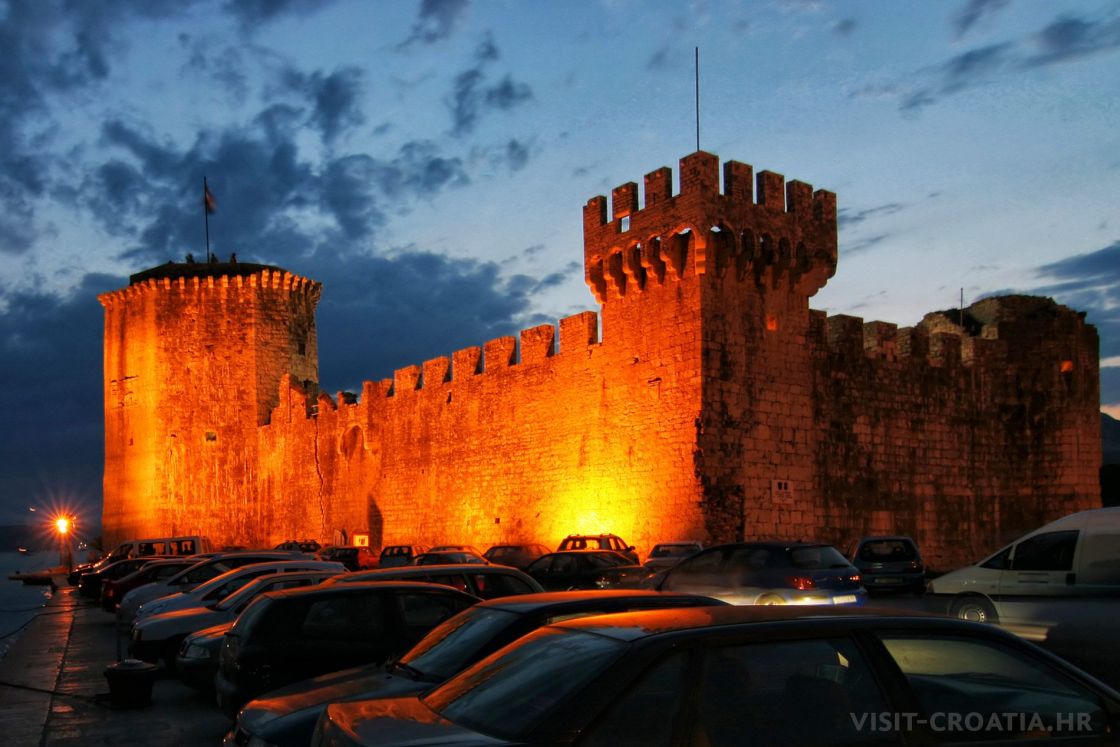 Another cultural and historical top destination one should not miss while visiting Croatia is Trogir. This ancient town, which has been writing history since the 3rd century BC, is included in the UNESCO World Heritage List due to its unique beauty and the fact that it is the best preserved Romanesque-Gothic city in Central Europe.

The most beautiful view of Trogir is certainly the one from the 15th century Kamerlengo fortress. Almost every stone house in Trogir’s old town bears stylistic features, coats of arms or inscriptions. The picturesque town square is surrounded by the Duke's Palace, the palaces of Trogir's nobility and the town loggia. Ruins of the medieval church of St. Mary can be found on the square itself, as well as the Cathedral of St. Lawrence with the famous portal, the masterpiece of master Radovan. Trogir’s harmonious architecture has always been admired by many tourists, while artists find inspiration for their works on almost every corner. Only a small bridge separates the historic part of Trogir from the island of Čiovo and its beautiful beaches.

The most popular beaches in the vicinity of Trogir are Bijela plaža near Okrug Gornji and the beaches in Slatine, Bok, Bušinci and Milićevo. Trogir is well connected with the neighboring islands of Drvenik Veli and Drvenik Mali, as well as with the larger cities Šibenik and Split. Do not miss to visit Trogir and enjoy its romantic beauty.