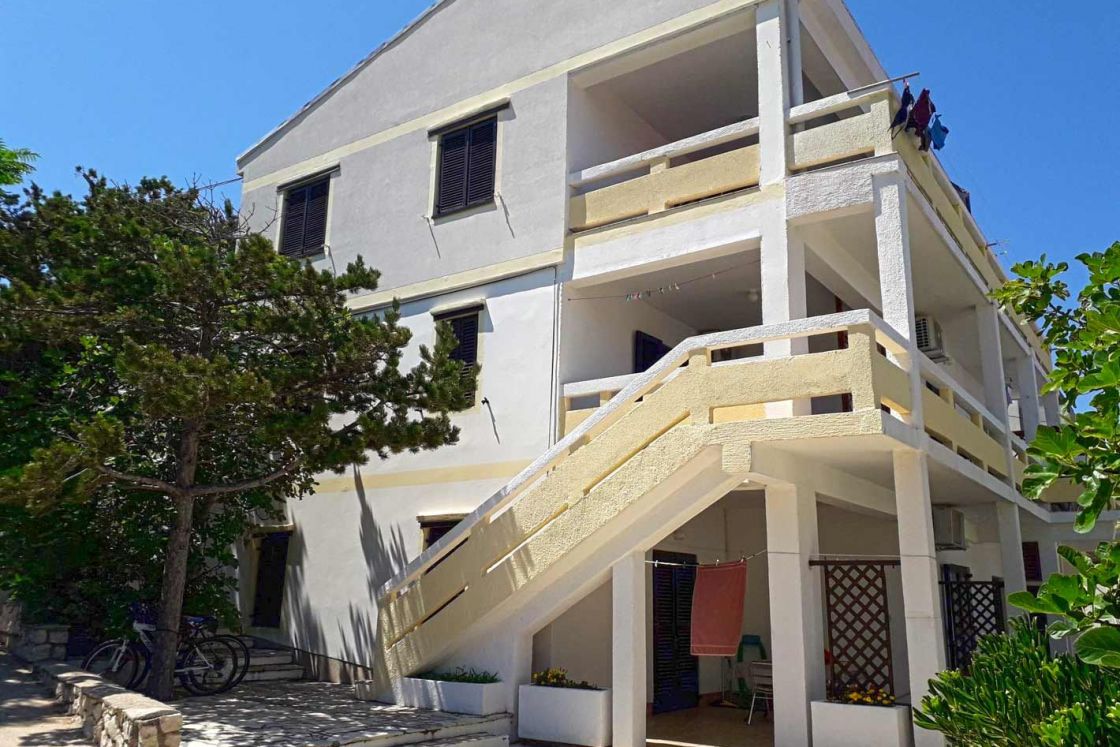 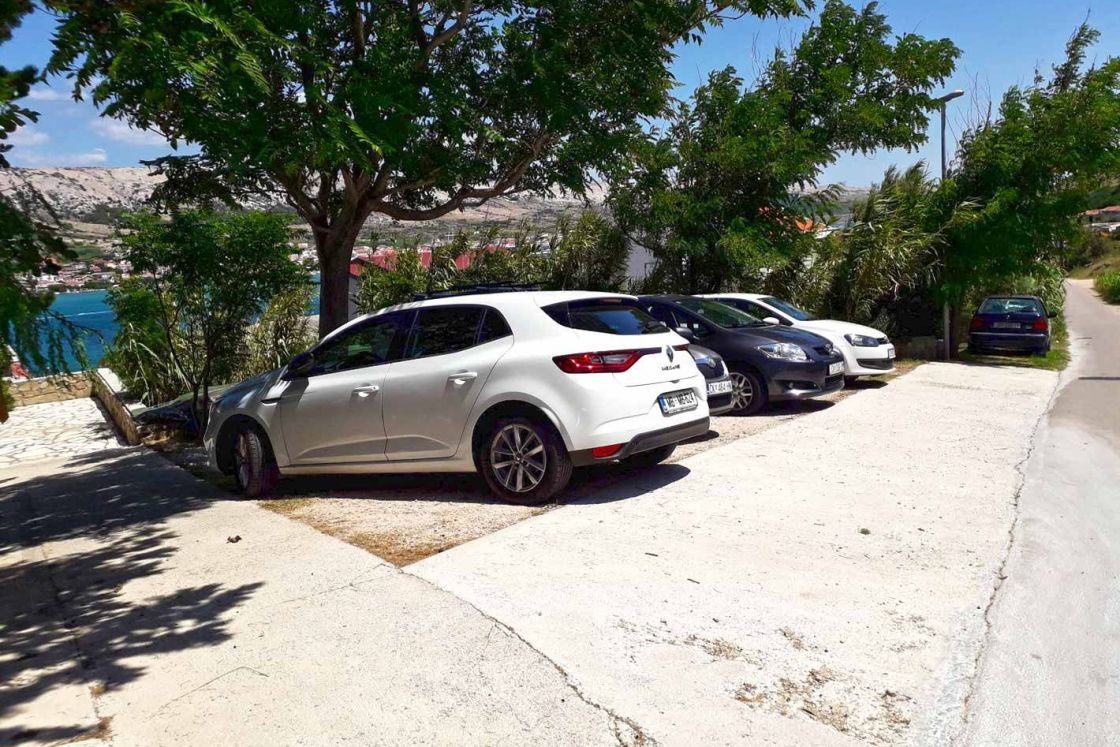 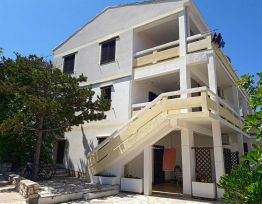 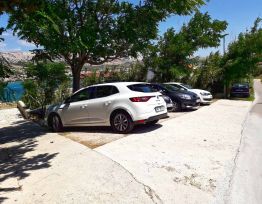 Apartments Sobota are located in a quiet part of Pag town, just a few minutes of walk away from the nearest beach . Guests have at their disposal a private parking, wi-fi and shared barbecue. The apartments are air conditioned. Pets are welcome. 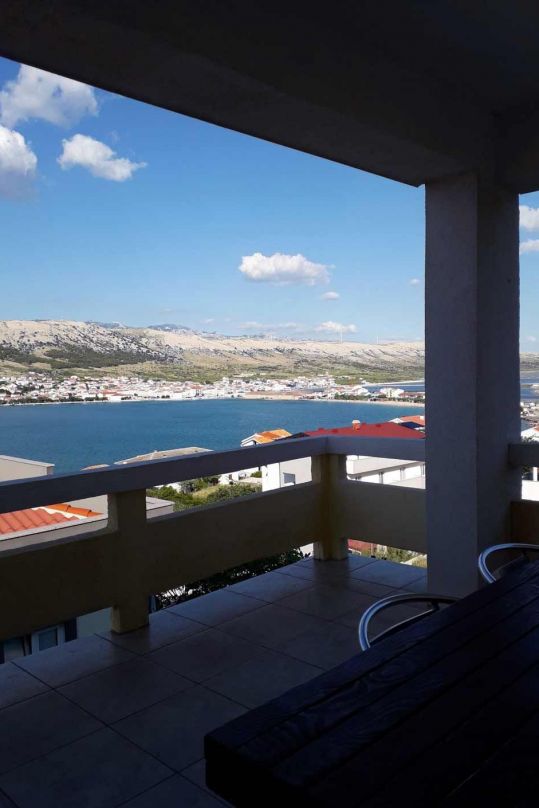 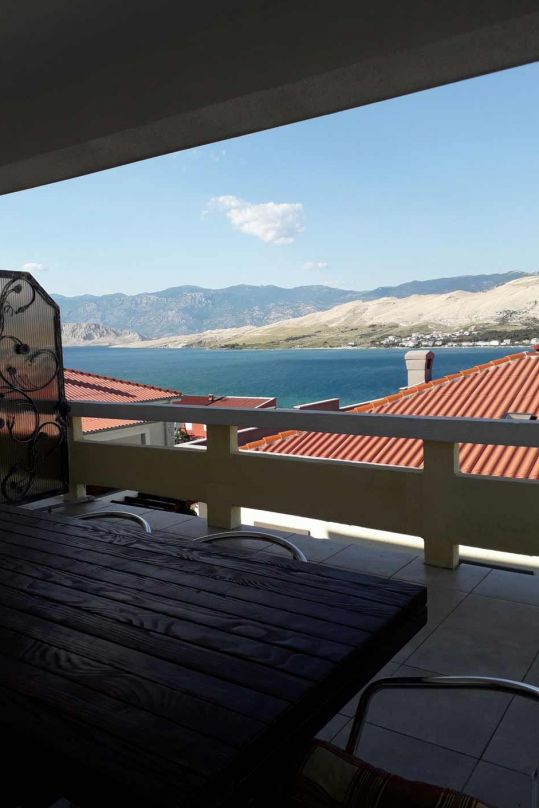 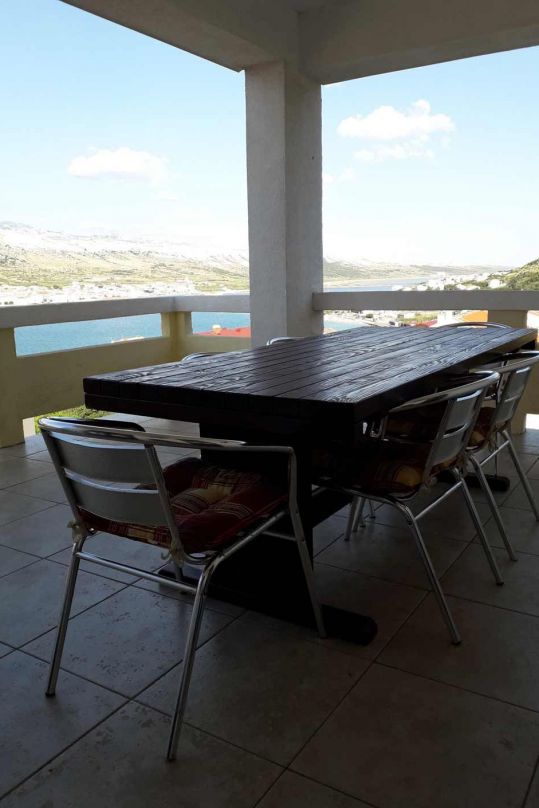 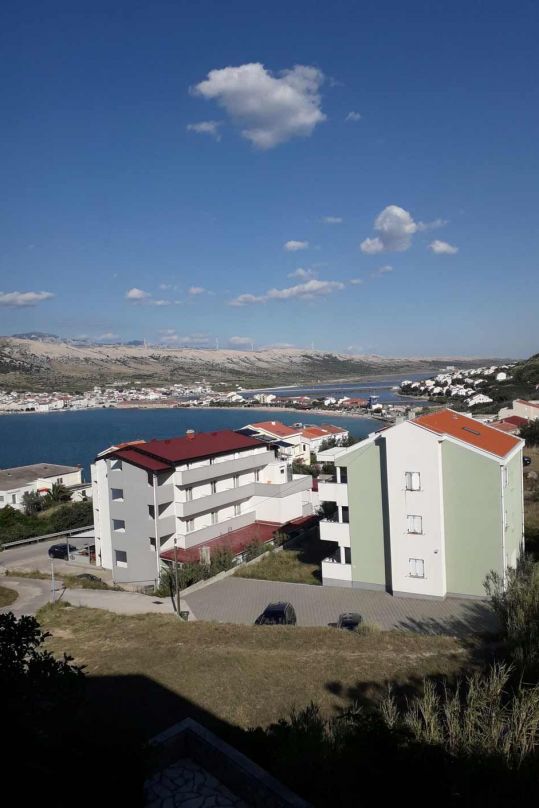 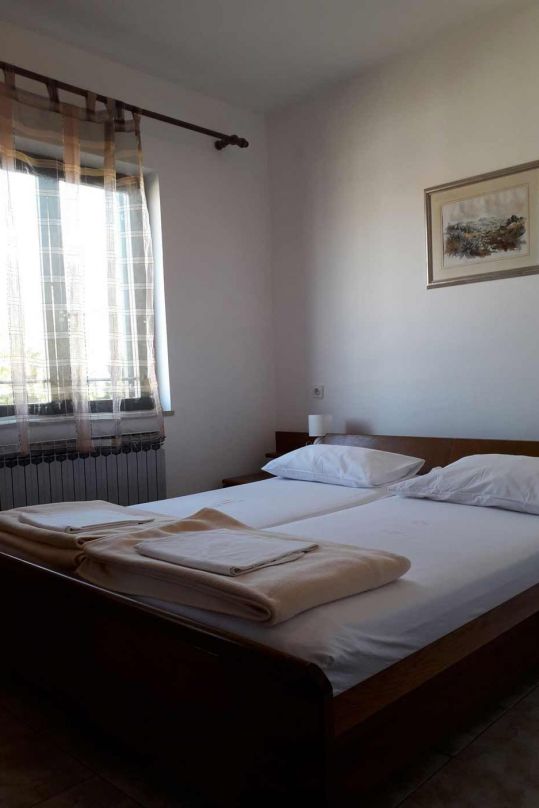 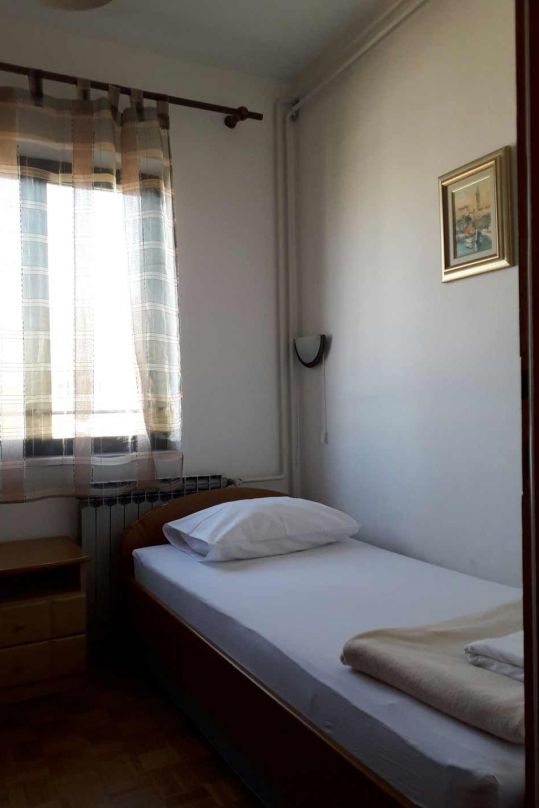 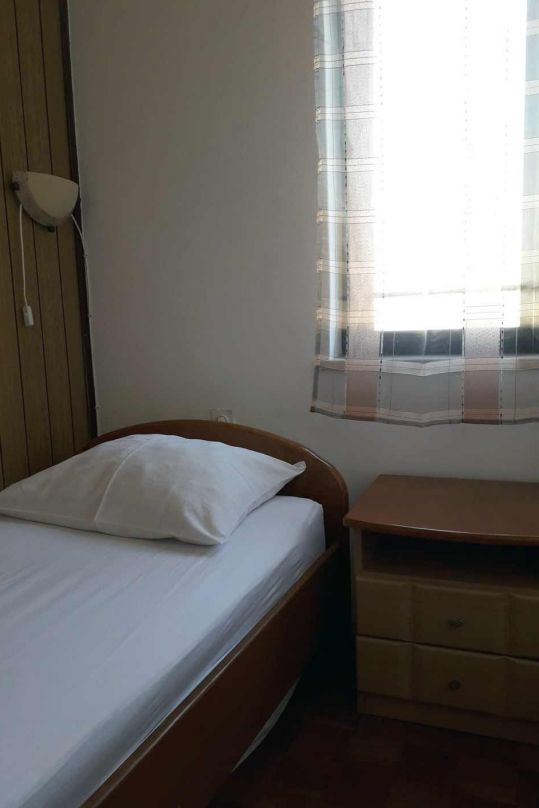 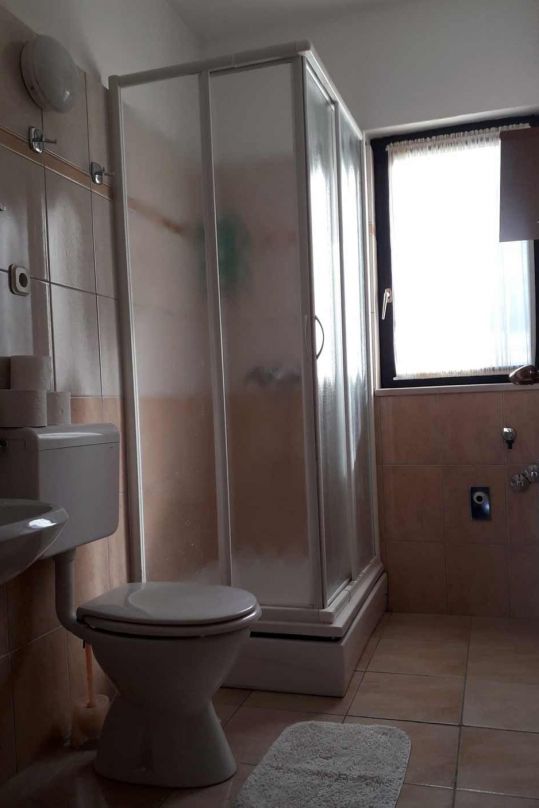 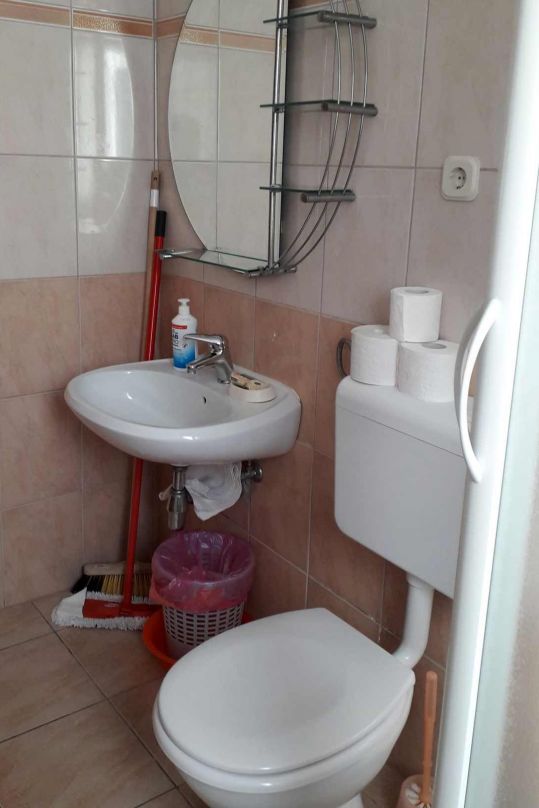 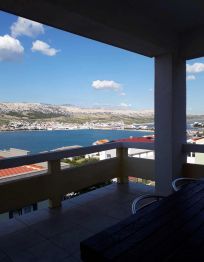 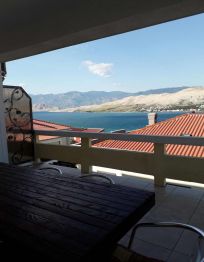 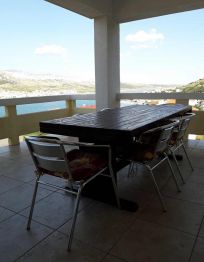 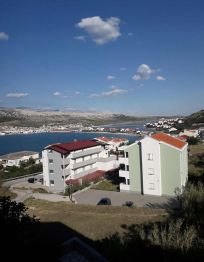 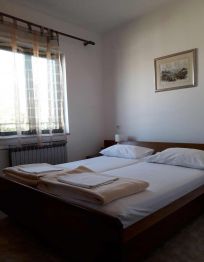 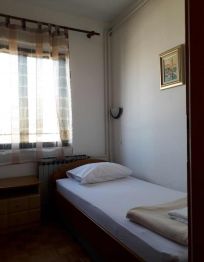 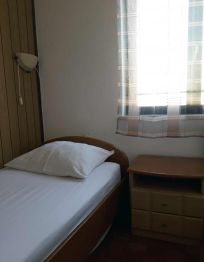 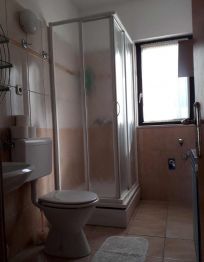 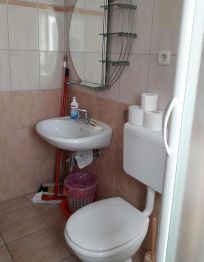 Description
The apartment can accommodate 4 guests. Beds are situated in 2 sleeping rooms, within 33m2. Guests can enjoy sea view from their own terrace. It is allowed to prepare food using a shared barbecue. Pets are allowed in the accommodation unit, and the service is included in the price.
Amenities
Balcony: 22m2 Sea View Kitchen Oven Microwave oven Refrigerator Dinner set

4+0 Apartment A4
Available
Booked
Past


Rental conditions
Stay less than 4 days increases price for 30 %.
For booking confirmation is required to pay an advance 10 % of the total cost.
Children under 2 years of age are exempt from paying.
Tourist tax: Included in price.

Inspiration for your vacation

Why visit Town of Pag?

Pag was built in its current location in the 15th century, based to the urban plan by the famous Croatian architect Juraj Dalmatinac, with the central square and four streets that divide the town into 4 districts.
At the beginning of 20th century, the town expanded outside its walls, and the opening of the first hotel in the town in Zvonimirova street dates back to that period. However, tourism began to develop intensively only with the construction of the Pag Bridge in 1968.
The most significant buildings in the town are the Collegiate Church of The Assumption of Mary (Zborna crkva Marijinog Uznesenja), the Dogue's Palace (Knežev dvor) and the Skrivanat tower, the only remaining of nine towers that once surrounded the town.
Also worth visiting are the churches of St. Francis and St. George, the monastery of Santa Margherita and the archaeological site of the Old Town located a kilometer outside of the town.
A special place in the cultural history of the town belongs to the Pag lace - a special type of lace characterized by extraordinary patterns. The first records of Pag lace date back to 15th century and the way of making and patterns were passed down from generation to generation.
Pag lace is nowadays listed as the intangible cultural heritage of UNESCO and the Ministry of Culture of the Republic of Croatia has declared the collection of Pag lace collected and preserved by the Benedictine nuns of Pag for more than 150 years a cultural heritage of Croatia.
From the economic point of view, the symbol of the town is the production of salt. The quality salt is produced here for centuries, and the Solana Pag is the largest salt harvesting site in Croatia.
Your stay in the town of Pag is an opportunity for excursions to some of the largest Croatian national parks located nearby. The Kornati National Park is an archipelago of small islands and reefs of breathtaking beauty. On the mainland, but not too far away, are the famous Plitvice Lakes. There are also the Krka National Park, the National Park Paklenica and Northern Velebit National Park, and on the island of Pag there are two ornithological reserve Velo and Malo Blato.
The largest sand beach close to the historic center is Prosika, and the Bay of Pag has 27 km of sand, gravel and stone beaches, among which the most famous and the most beautiful are Zrće, Janjeće Vode, Beritnica, Sveti Duh, Sveti Marko, Dubrava, Bošana, Caska, Ručica, Salty, Malin, Veliki Zaton, Bijele Stijene, Veli Bok, Mali Bok and Kotica.