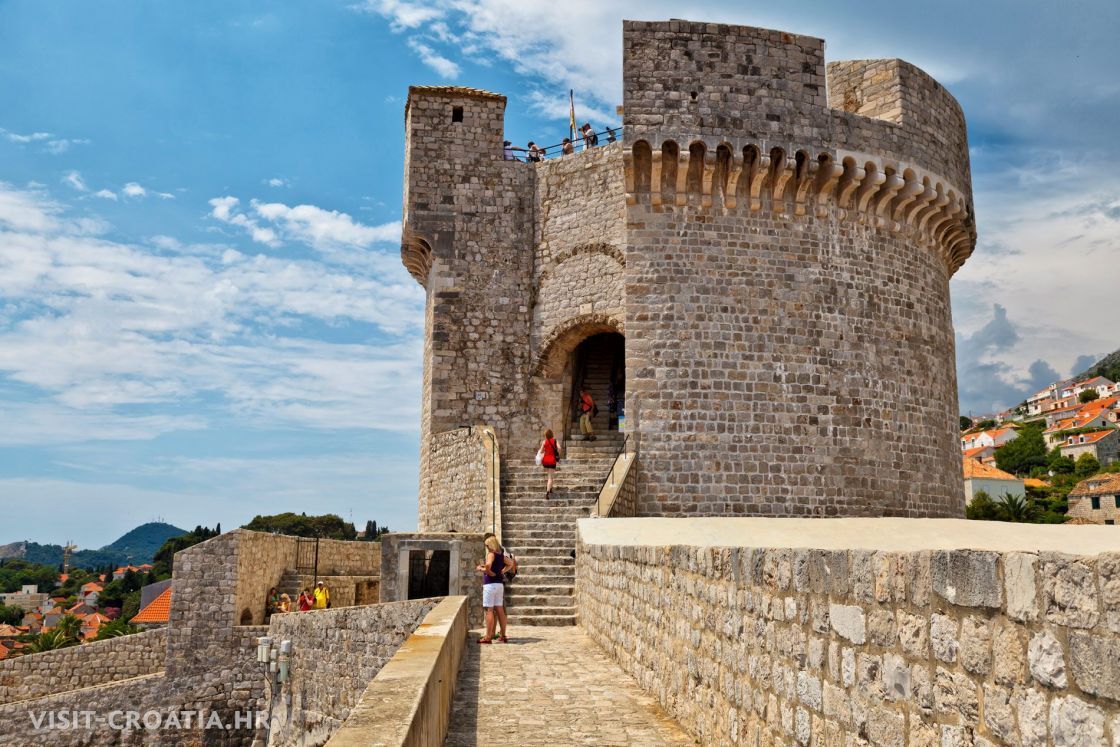 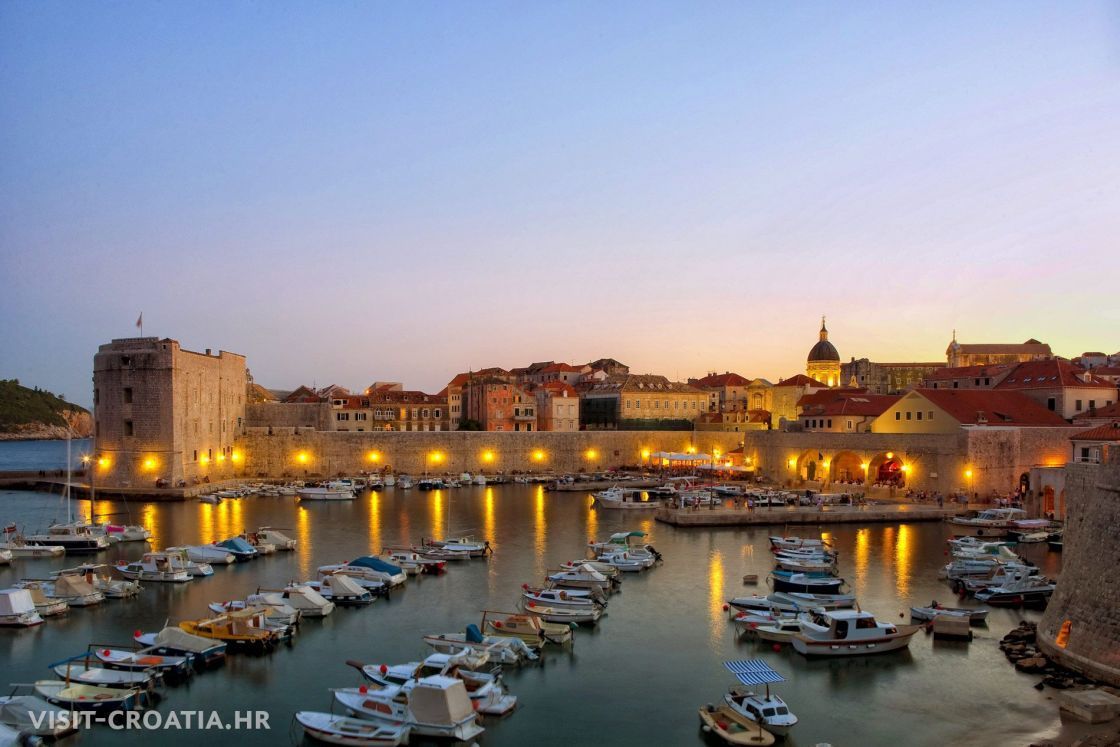 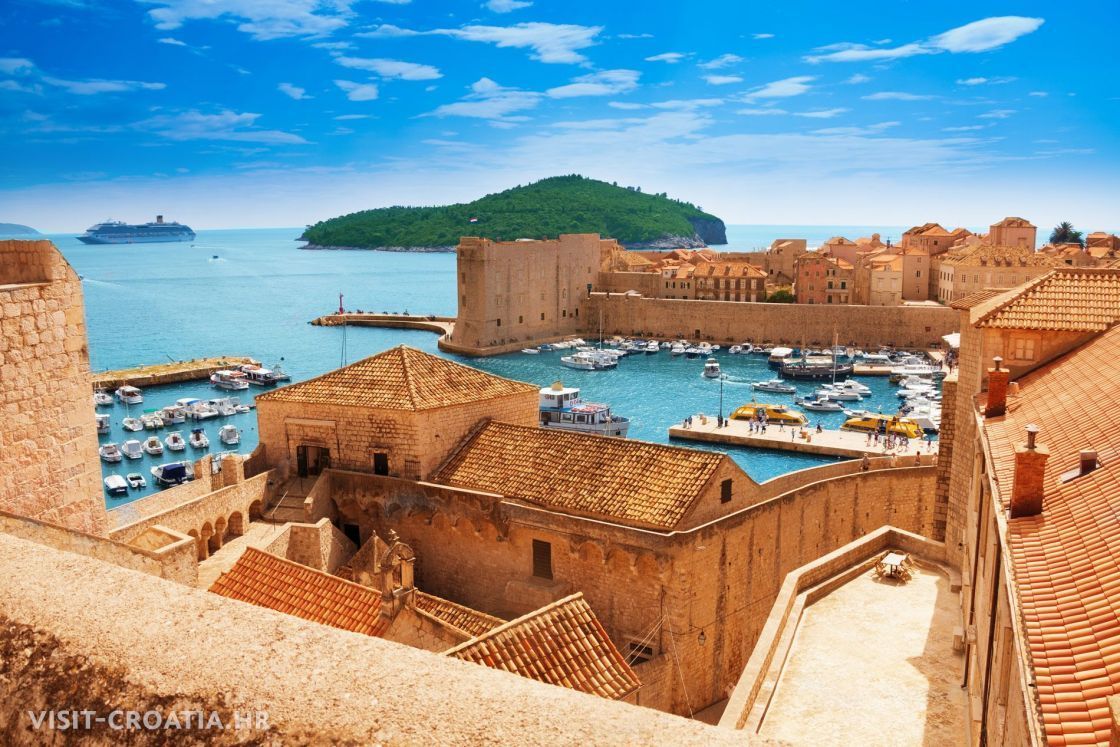 Certainly one of the most famous postcards of Croatia is a picture of the old town of Dubrovnik surrounded by its town walls. You enter into the medieval centre of the town through two gates – The Pile Gate and the Ploče Gate, and it is guarded by four towers – Minčeta, Bokar, Sveti Ivan (Saint John) and Revelin, while the western exterior part of the walls overlooks the Lovrijenac fortress, a perfect stage for theatre performances but also for romantic weddings. The old town holds a large number of public and private, sacral and secular buildings, created in various ages from the original foundation of the city in the 7th century. The centre of public life is the Luža square and the main streets of Placa or Stradun. On Luža square still today proudly stands Orlando’s column, marking the place where in history various information was announced, ceremonies were conducted and public penalties given out. Today it is the place where the official opening and closing of the "Dubrovnik Summer Festival" takes place, and the main place where the Feast of Saint Blaise is held. The main door of the baroque church of Saint Blaise, the city’s patron saint, opens on to Luža Square. Here is the beautiful Sponza palace, which once served as the customs-house, the mint, the state treasury, the bank, and in the Rennaissance era the Dubrovnik academy. In the next street, Pred Dvorom, is the Rector’s Palace, built in a gothic-rennaissance style according to the ideas of Onofrio della Cava, and later a beautiful baroque atrium was attached to it, in which today classical concerts are held, among them the festival of Julian Rachlin and friends. The city’s bell-tower ascends over the southern end of the Stradun, while on the opposite side is Onofrio’s great fountain, a 16 sided receptacle covered with a dom, one of the final points in the old water supply system. Take a peek at the nearby Franciscan monastery with its beautiful cloisters and at the oldest pharmacy in Southern Europe, in which are stored old ceramic pharmacy bowls. When the day comes to its end, and the daily heat drops, it is the right time to climb the town walls. Enjoy the view over the roofs of the old town. Over the old town harbour Porporela, can be seen the little island of Lokrum, which is a special attraction. Of course add it to the list of places to visit.

Discover Dalmatia
Advertiser since May, 2021